Pick of the Ads Good, Bad and Ugly - Bandits

Its Tuesday which means that Scott Redmond has been on the look out for bikes to fill his 'Two Grand Tuesday' with The Good, Bad and The Ugly bikes on offer today.

Today's Good, Bad and Ugly is all about Suzuki's bestselling naked, the Bandit. Used prices remain pretty static and with parts plentiful, they make a great choice for commuters and those looking to go further a field. 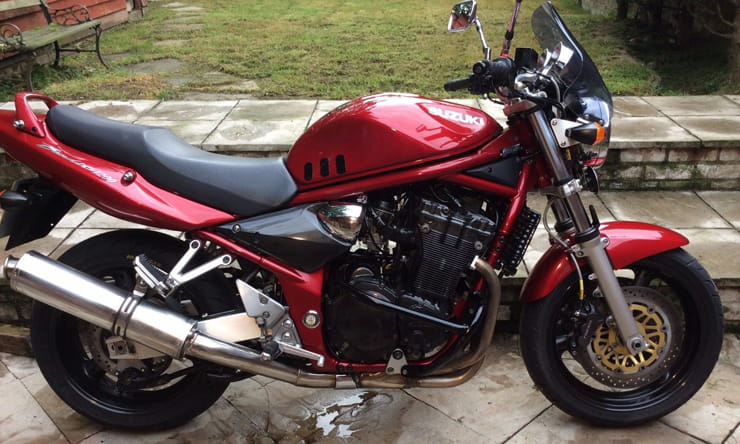 The K series Bandit models lost a little of those butch good looks of the original bike, but over time we’ve all come around to the Suzuki way of thinking. If you’re hunting for a Bandit don’t overlook the K series bike in pursuit of an older original Bandit. For 16 years this maroon Bandit was owned by the same person, there’s proof right there that backs up my theory that Bandit people rarely part with their bikes. Further reading of the advert will lure you in if you’re after a Bandit 1200.

It comes with stacks of service history and even the original tools are still under the saddle. There’s some extras too, these are a mix of both useful add ons like the Puig screen, and performance related by way of a Scorpion silencer. There’s only 34,000 miles recorded, and you can be satisfied that they really are genuine. The best bit is it’s a good £400 below our Tuesday budget of £2,000. The Bandit 1200 is still a very competent machine, it can still go quicker than you can, and do all this whilst offering decent comfort. What a bike! 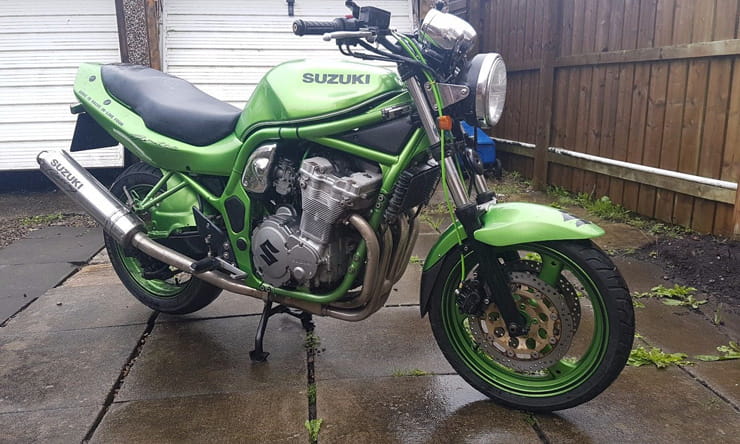 The middleweight Bandit was one of the best selling models that Suzuki ever created, they literally sold them by the boat load. The philosophy was simple, keep them cheap, stack them high and sell them all day long. Finding a loved Bandit 600 is still achievable, but turning up a bike that’s had a tough life is an easier task. Those early bikes are now twenty years old, hard to believe I know.

This example isn’t very original, Suzuki did do a green paint option but it was a dark bottle green shade, this is more like a shade of limeade. It’s a shame in a way because it looks like there’s a good bike in there under than respray.

Price wise it’s not overly cheap, at £1,395 it’s pushing the boundaries of the 600 Bandit prices. 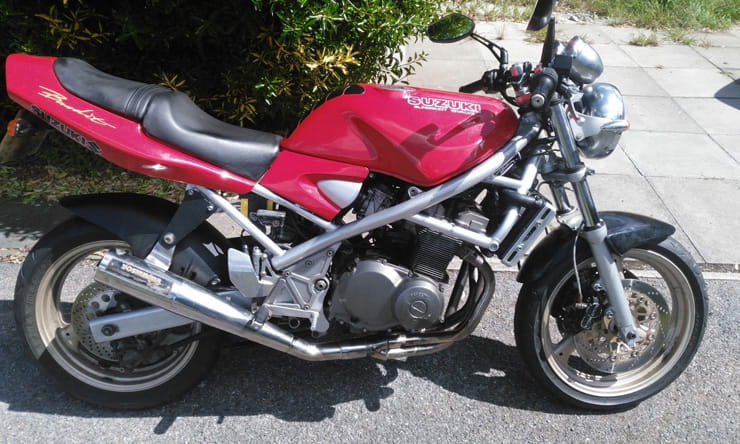 The Japanese home market got there very own Bandit models, this is the more common of all those quirky versions. The engine is water cooled, it’s the same lump that Suzuki used in other models that were for their Japanese market. The forks and wheels are pretty similar to RGV250K items, are you getting the picture that it was a bit of a parts bin raid? Looks wise they are distinctive enough, but are they a better option than a 600 Bandit? Doubtful.

They have become popular with café racer builders, which could partly be down to the half faired 400 Bandit model that Suzuki built a whole generation before bearded men in Shoreditch came up with the idea.

Riding one of these bikes isn’t overly much fun, suspension meant for lithe Japanese people hasn’t aged well, and that four cylinder four stroke engine needs a good kicking to get it going. It’s not like they are overly cheap, on average they appear with price tags the wrong side of a grand.