This week's selection is in the shape of the working man's superbike: Kawasaki's ZXR750 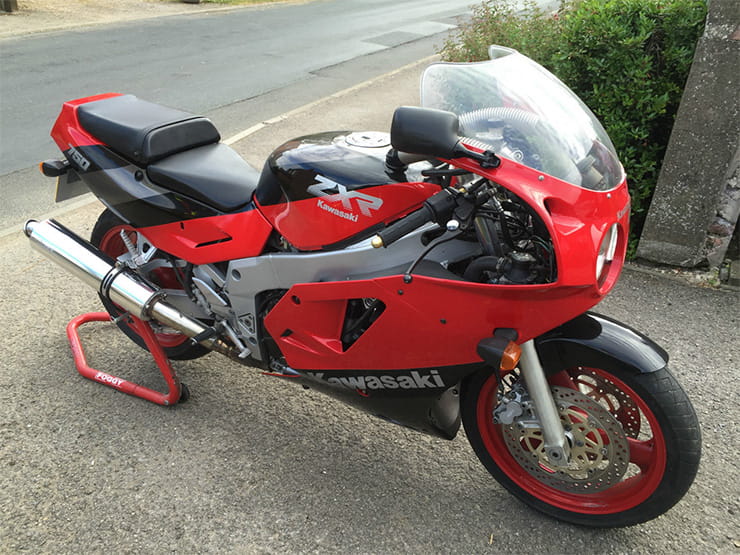 Kawasaki had to dig deep and create a race replica to satisfy the appetite of the late 80s rider. They hit the nail on the head with the ZXR750H1. It looked the business then, and almost thirty years later it still creates a stir in the loins. The bike was well received and sold in large numbers, prompting a few minor tweaks in 1990 when the H1 become the H2 model. It wasn’t the fastest sports 750, and definitely not the comfiest, but it was the toughest looking. The big twin headlamps giving the thug a friendly face. It wasn’t without its faults though. Build quality wasn’t overly wonderful and any bikes used in the winter would quickly start to fester once they tasted salted roads. The rear shock was very hard, though any that survive now will be well past their sell by date.

The engine in the H1 was practically identical to the GPX750R (anyone remember those?). The H1 was actually heavier than the GPX too, not that anyone was bothered. The hoover pipes were there to force air into the air box, whether that really worked is up for debate.

The H1 is a bonafide Japanese classic, and for those of us who owned them when they were new they still hold a special place in our hearts. We remember the good bits and forget and forgive the nasty stuff like those Tokico calipers that seized up on a regular basis.

Unlike other mid 80s classics like the RC30 or any two stroke bike, prices for early ZXRs are still suppressed. This makes them a great buy on many levels. This bike is in the rarer red and black colour strip which is not as popular as the Kawasaki green, but it still looks handsome.

The seller admits that it needs some finishing touches. A few cosmetic issues and a carb tune being the things that might require immediate attention. At £2,250 it’s not an obvious bargain, but get it running right and keeping it polished and I’m confident that it’ll be a depreciation proof purchase. 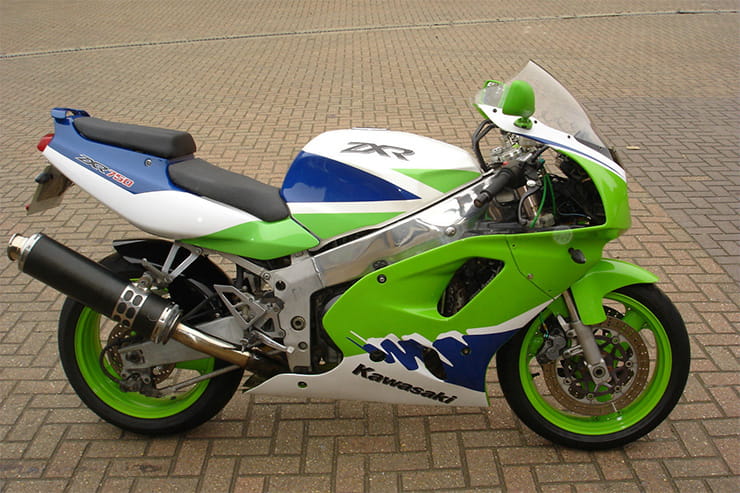 The ZXR750L isn’t actually too bad a bike, but it was a classic case of a too little too late. The J model that replaced the H models was a confused bike. It looked stunning but had a power cut engine thanks to plans for a 100bhp limit on sports bikes back in the early 90s. The law never came in, and ZXR750J owners were left to shoe horn ZX9R engines into their weezy J models to save face. Kawasaki had another answer, and this was it. The ZXR750L had a power output quoted at 118bhp, and a chassis that could cope with it. There was a big beefy alloy spare frame, chunky upside down forks and a paint job that looked better than those offered by the opposition at the time. It also had a reworked ram air, one snout in the upper fairing sniffing in the fresh air and feeding the air box.

The induction roar was addictive. The bike wasn’t a raging success mostly due to the Honda Fireblade having been launched. People who have owned the L model are often left with fond memories and it’s one of those bikes that’s lost in its own family tree.

The early H bikes trigger the nostalgia gene. Later ZX7R models make much more sense when looking for a ZXR750. This bike looks ok from the pictures. The paintwork doesn’t look like it’s a factory job. I’d like to know a bit more about its history as the seller doesn’t divulge too much. The carbon can should sound well but could create fuelling issues as ZXRs can be exhaust sensitive at times.

I would personally find a ZX7R, but if you need a L model in your life they’re hard to find due to their short model run. 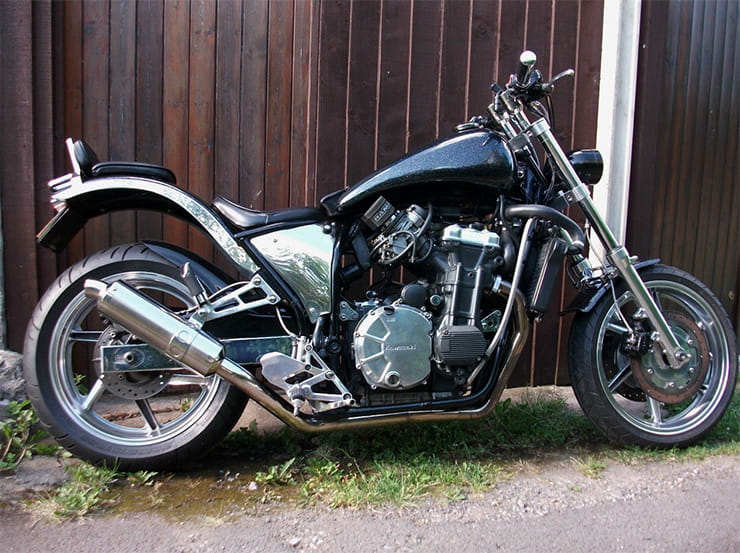 There’s so many other engines that would be suited to being the heart of a chop project. The ZXR750 motor is one that doesn’t immediately spring to mind for powering a cruiser.

This engine looks lost sat amongst the jamboree of other parts that have been nailed together to create this bike. Like many chop projects this one is unfinished and I think I can understand why the owner might have lost interest. A quick spy of the description reveals a to do list of jobs, all classic five minute ones.

The seller is brutally honest and leaves you under no impression that you can turn up and ride home. Shed builds are quite trendy at the moment. Mainstream motorcycle media promoting the joy of taking a good bike and ‘improving’ it with tools in your own shed. Many manufacturers also encourage dealers to fettle with their models and create a vision of motorcycle nirvana. Water cooled engines lack that edge over air cooled power plants. The associated plumbing they employ detract from clean lines that an air cooled motor offers. This ZXR engine looks sorry for itself so I hope it goes to a sympathetic owner. Maybe he’ll scrap the Kawasaki motor and find something else to push the chop along?