Summer is officially over, so to celebrate (or is that commiserate?) our Scott has been searching the online auctions to see what potential winter projects are out there for this week's instalment of 'The Good, The Bad and The Ugly'. 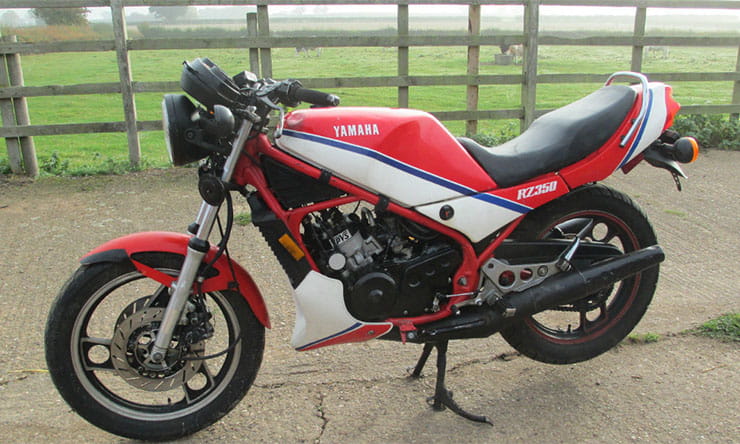 Winter projects can come in a variety of shapes and sizes, it’s always a bonus to start with a complete machine. This 1983 YPVS ticks that box.

The bike looks pretty standard too, another plus when looking for a winter shed friend.

The paint work isn’t native to these shores and is the biggest visual giveaway that this model started its life overseas. Imported bikes aren’t a bad thing depending on what country they have landed from, as they’re usually in better condition than bikes that have been used in our harsh winters.

The seller doesn’t show his hand on where he goes shopping for stock. They have though dealt with most of the paperwork to deal with registering the bike, which is another plus. It’s not unheard of though, for bikes that haven’t got the right bits of paper to be rebuilt into a secondhand frame that’s already got a UK logbook. It sounds iffy but it’s totally legit.

The YPVS 350 is a cult bike. Prices have rocketed in recent years and for some a project is their last hurrah at owning one. There are loads of spares out there on the used and new market. Things like bodywork can be tough to find, but thankfully this bike boasts a solid fuel tank, though the nose cone isn’t too chipper. Basically it’s a scruffy but complete bike, which is exactly what you want if you are after a starting point for a winter project?

The biggest fly in the ointment is the damaged crank cases. It’s thrown a chain in the past and the result is mullered cases. It’s a cosmetic issue that doesn’t prevent the engine working and there are various ways of attacking the problem, either via welding a piece of alloy back in or finding some used crank cases? This highlights how the future of this bike could be swayed. Will the end result be a show stopping stunner or a butchered street fighter? I would personally go the sympathetic restoration route, get it stripped, cleaned and road worthy for the spring.

The early 31K LC2 YPVS is the rarest of the breed, prices reflect this.

The RD350R YPVS was the last model, it was built in Brazil and lacked the lust of previous models. 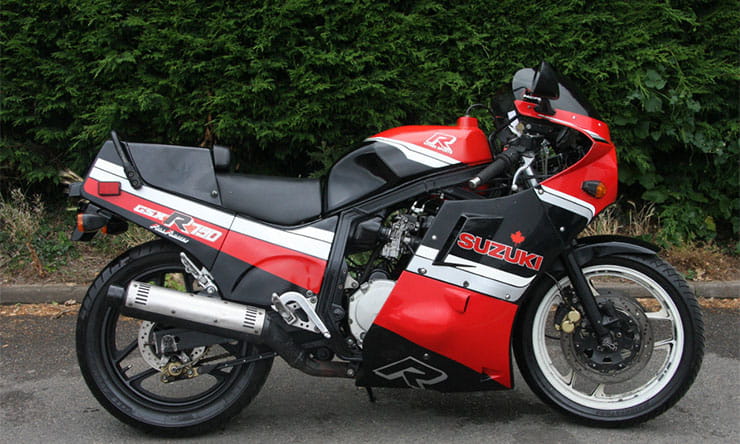 Here’s another iconic '80s sports bike and another that’s landed here from a life overseas. This Slabby 750 is fresh in from the USA and from the advert it’s not going to take too much to get it ship shape. It’s listed as a 1985 model, but the fairing is from an '87 version. The '85 GSX-R750F was the first GSX-R750, though it wasn’t the first GSX-R. That was created a year before and was a 400cc Japanese home market machine.

For years people have ditched the 18 inch skinny wheels and fitted hoops from the later Slingshot GSX-Rs. It's an easy conversion that looks good and offers a wider choice of 17 inch tyres. This bike is still on it’s original 18 inchers. Those F models had thinner spokes and the swinging arm was a tad shorter. These details were ironed out on the G and H models to make it less flighty. It’s hard to tell from a few eBay photos what this bike is wearing? At £3,250 it isn’t cheap and, despite appearing to have what appears to be mismatched parts, it’s practically at the price of a honest UK example.

UK bikes are full power but many imported ones aren’t. They are restricted in various ways, from retarded CDI units to smaller carbs.

A standard exhaust is hard to find, the one on this 1985 offering isn’t an F version, they had an alloy sleeve that looked liked massive cheese graters. 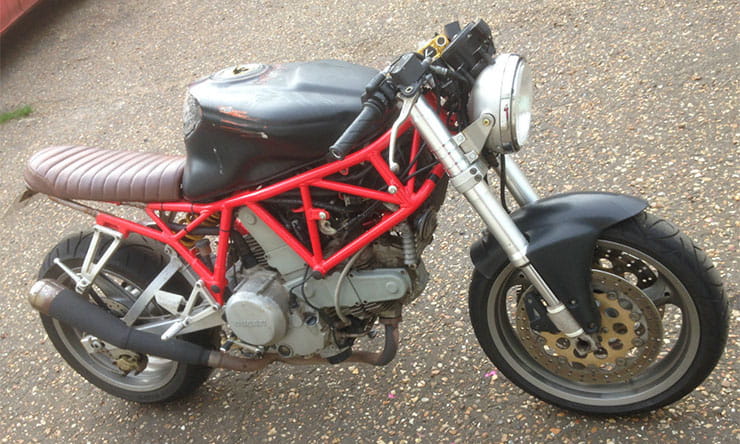 Someone else's unfinished project is often a starting point for a winter project. This Ducati is a real jamboree of models but lacks any real direction. It’s a 900SS frame with a 750SS engine that gave itself up from a crashed bike.

The advert left me more confused, not only about the bike but also the seller. He ends the listing by saying if it doesn’t sell he’ll keep it and make it in to a £5,000 special? Ducati are well tapped into the project market, their Scrambler model is proof that they look at what people do with their bikes. Would a 900SS make a decent Brat bike? I’m not too sure. A standard late 900SS is a decent bike to start with, unlike many machines chosen for the whole café racer scene makeover. CX500 or Super Dream models are a good example of how you can take a bad bike and make it worse.

Quickly adding up the worth of this bike in parts still leaves me short of its £1,995 asking price. A winter only lasts six months and that’s not long enough to turn this Ducati into something wonderful, it could still be fun though?

The seller points to the cambelts having been done but lacks any paperwork to prove this. Ducati recommend replacing every two years as failure is catastrophic. Always assume the worst and budget for a belt change.

The 900SS IE models might look odd but they are basically fuel injected versions of the previous bike under the bodywork.