Its Tuesday and that means that our in house second hand bike expert Scott Redmond has been searching classifieds with a strict £2000 budget. This week he has been on the look out for Honda's CBR1100 XX Super Blackbird. This bike had genuine 180mph potential and was super comfortable - a must have for two-up-ton-up intercontinental touring. But as Scott found out, this level of speed and comfort does not have to cost the earth! 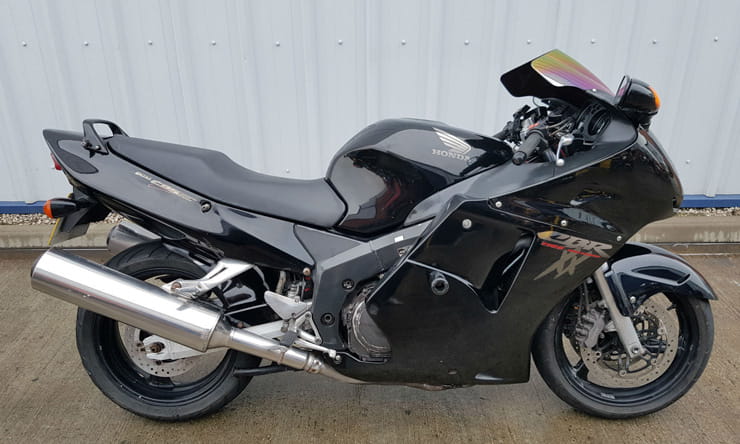 If you’re going to get a Blackbird there’s only really one colour to plump for, yes that’s black. There were other colours but the black ones just look that bit smarter. The stealthy looks still look the part, it’s a great looking bike. There’s plenty of other aspects of this model to fall for, least of all is that mighty motor. OK, so Honda got carried away with the 200 mph nonsense, do we really care that it’ll only do around 180mph? These early carb models are the sought after ones and for less than two thousand quid you could park this bike in your garage. This one’s done 50,000 miles, that’s nothing for these bikes. Condition wise it looks to have been cared for, it’s even still wearing its standard silencers, lovely!

That mileage is backed up by old MOT certificates. These bikes won’t be forgotten models for ever, so if you want an inter continental missile for the price of a new Chinese 125, you best pick up the phone and buy it  otherwise we might!

The XX on the fairing side related to its 200mph ambitions, they aren’t kisses. 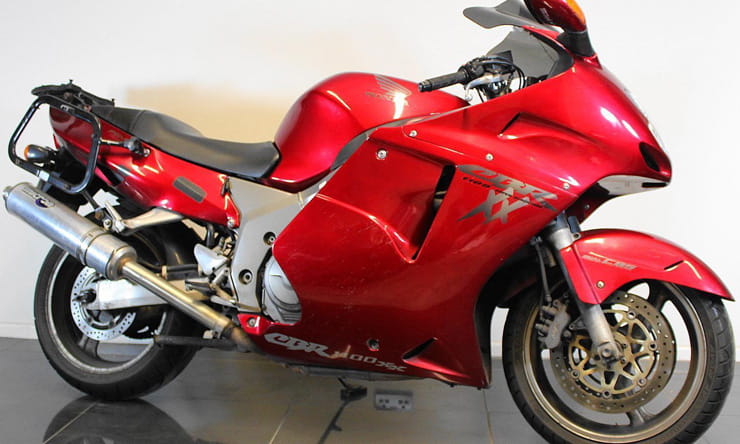 The big bird doesn’t crash too well, the weight of the bike doesn’t help when it’s sliding down the road on its side. The frame is pretty wide, it will often end up getting road rash on its once posh looking spars. Repairing a Blackbird can be done cheaply, this is because so many bikes have been relieved of their engines by folk in sheds building kit cars. This means that there’s lots of undamaged chassis parts and bodywork out there for sale. At £1,249 despite its accident damage I thought this was a decent buy, but theirs a fly in ointment, this Blackbird doesn’t come with any keys. This is bad news on two fronts. Firstly, you can’t hear the bike run, if the engine ran on after its slide it could’ve damaged it internally thanks to oil starvation when it was on the deck. Secondly, the Blackbird uses the Honda HISS chipped ignition, so you’re going to need a new cdi unit because they are coded to the ignition switch. These are ridiculous amounts of money new and even used you’re looking at over £200, that’s based on actually finding one. This bike is too much of a gamble, even if the asking price was less than the £1,249 that it’s up for I’d still walk on by.

The injected models have less of a following to the older carb bikes. 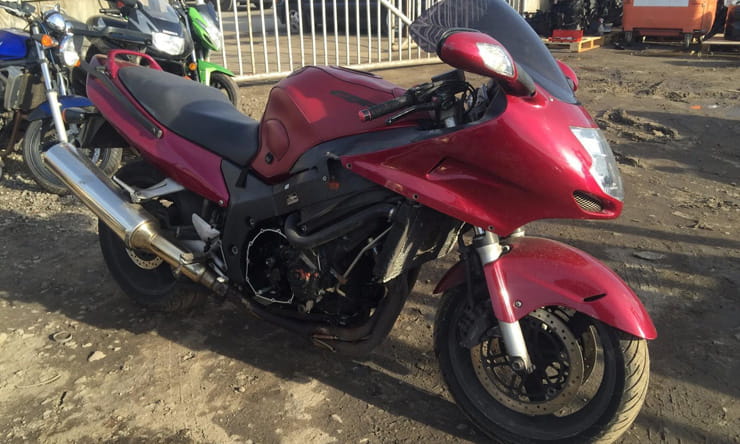 A Blackbird for less than a grand, that can’t be bad, can it? It would be more tempting if it had an engine that wasn’t missing a clutch basket. The seller offers no information on why the clutch isn’t fitted, so the chances are there’s a bit of a story. There’s a high chance that foreign bodies could have entered those crank cases too, that’s not going to help things once it’s fixed. With a healthy supply of used Blackbirds out there I can’t see why anyone would part with a £1,000 for a bike that appears to have a dubious history, this one is well avoided!

The Blackbird uses a linked brake set up, many owners pay to have it un-linked.