Pick of the Ads: Good, Bad & Ugly - The Forgotten Models

This week Scottie has been scouring eBay for those models that you've probably forgotten ever existed. Cue plenty of, "oh yeah, I remember that..." 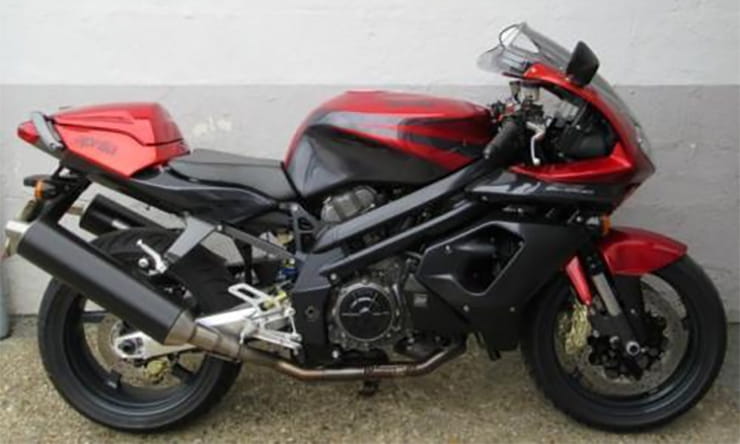 Many motorcycles are forgotten because they weren’t any good. Although that isn’t a tag that can be handed to the Aprilia Falco.

It’s a perfect example of a forgotten model. Its identity crisis is a bit of a mystery because it is a cracking bike but the shadow cast from the then flagship RSV1000 Mille meant it struggled to get itself in the limelight. Any comparisons to the Mille are pointless, although the two bikes basically share the same heart. The 60 degree V-twin engine was retuned for more midrange and a remapped ECU helped to rob a few top end bhp. The addition of twin silencers helped fatten up the Falco’s midrange when compared to the more racy RSV.

The Falco was lovingly put together. Quality shines out from its chassis and build quality is excellent. It’s got more in common with a Honda VFR750 than with its RSV sibling. It makes for a practical and engaging road bike. Aprilia ran with the Falco from 1999 until 2005, although there were bikes that sat around unsold and got registered on later plates.

This bike is a 2004 model and in 12 years it’s only racked up just over 17,000 miles. It’s in tip-top condition and comes with plenty of service history. It’s also stock with no silly add-ons and no signs of corrosion. It’s not the cheapest Falco out there, some less prime examples can change hands for around a grand but this one is probably the best used Falco on offer today. 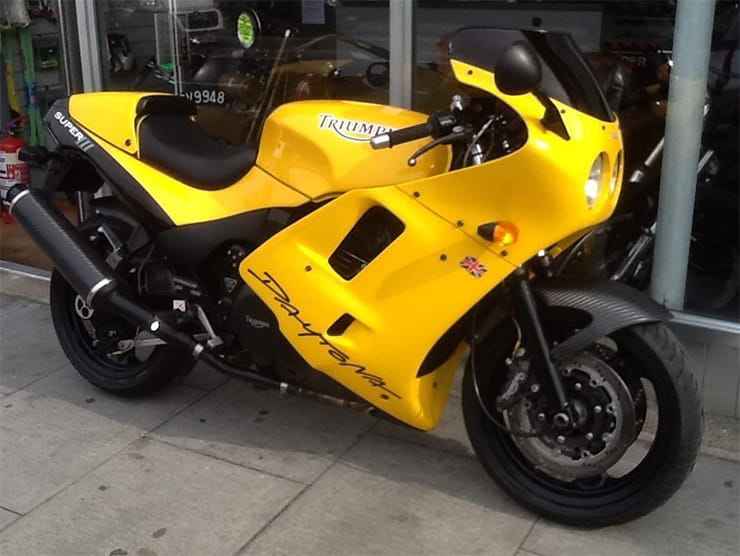 Cosworth are probably best known for dabbling with high performance car engines, taking something mundane and creating power from it. That’s exactly what Triumph got them to do for them in 1994.

Those early Hinckley modular machines were heavy and lacked go. The 900 Daytona was no exception. Cosworth had the job of getting more poke from the three cylinder power plant. They took the brief on, and thanks to using higher compression pistons, a reworked cylinder head and a few other nips and tucks the bhp went from a wheezy 95bhp to a heady 113bhp. This was only half the story as the reworked chassis lost 11lb over a stock 900 Daytona, thanks to some serious dieting and use of carbon fibre parts too. The Super 3 was a limited edition run, with only 150 bikes rolling out of the gates.

This bike looks a corker. That lairy yellow paint does little to help lose any of the visual mass and looks huge especially when compared to modern metal. Pricing a used limited edition machine is a tricky affair, though I do feel the £6,500 price tag is a tad optimistic. 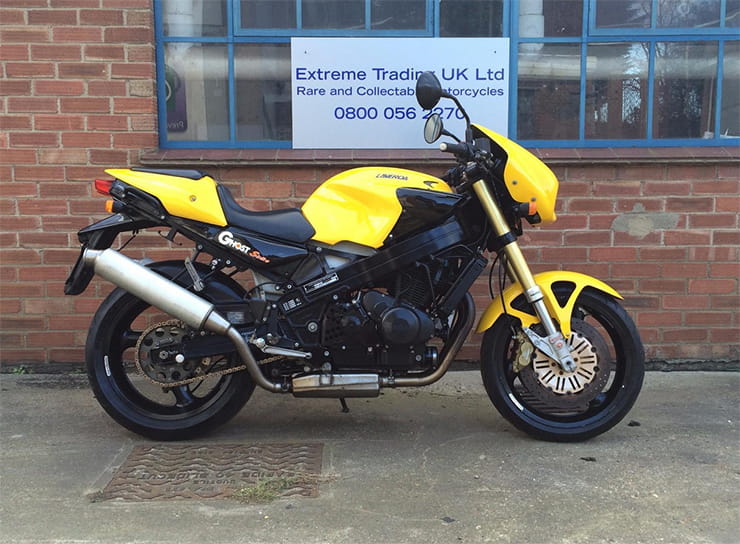 This is a forgotten model that you’ll probably struggle to even remember. Laverda had glory in the 70s with their three cylinder litre bikes. Prior to that it was known for producing twin cylinder machines, either in 750 or 500 capacity.

The engine in the Ghost can trace its roots right back to the Montjuic from 1977 and that isn’t a good thing.

Hitting the showroom in 1998 this bike now only carries just under 6,000 miles on the clock. The bike was imported from Japan and that helps to explain its pampered condition (an Italian bike that had experienced 18 of our winters wouldn’t look this fresh). The looks of the Ghost aren’t its strong point either; the fairing looks like an after thought and to the untrained eye you could be mistaken for thinking the bike had been crashed!

With dodgy reliability issues and a snatchy fuel injection there aren’t too many reasons why you’d rush to buy one of these twin cylinder machines. The Ghost is actually a bike that should remain forgotten. There’s just too many better bikes that you can spend your money on. Then again, it's unique...