This week Scott's been trawling the internet in his rose tinted spectacles, looking for the bikes we yearned for so badly in the 80's and 90's, Japan eventually felt sorry for us and sent some over! This Friday its all about 400cc Sportsbikes. 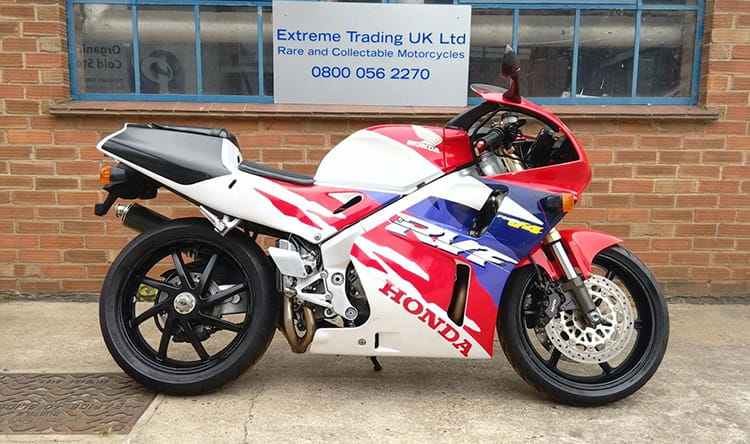 This isn’t just one of the best looking 400s, but it’s also one of the prettiest motorcycles made. The NC35 was never officially imported to the UK, that didn’t stop loads of them finding their ways to the UK. In fact they still arrive here all these years later. The NC35 had a tough job to do. Not only did it have to replace the iconic NC30, but also it had to fend off sales from the other manufacturers that were all banging out scaled down versions of bigger models within their range.

The NC35 looks like a genuine refugee from a Suzuka 8 hour grid, those faired in headlamps still look fresh. The V4 engine is a peach. It is bulletproof and any mechanical mayhem will be the result of poor maintenance or a ham fisted owner. The NC35 was never a cheap option for anyone looking for a 400 fix. That probably goes some way to explain why they haven’t suffered the fate of those 400 models that prop up the bargain end of this class. A few years back prices for these mini RC45 inspired bikes started to creep up. You’ll be hard pushed to find one for less than £3,000 that’s in a decent condition. This bike is pushing the boundaries with its £5,695 asking price. It’s fresh in from Japan and looks to be a stunner. There’s a few non standard parts but on the whole it’s pretty stock, and that aftermarket silencer won’t do any harm to your enjoyment of this modern classic.

Parts are plentiful for this model, but mint original bodywork and tanks are hard to find. 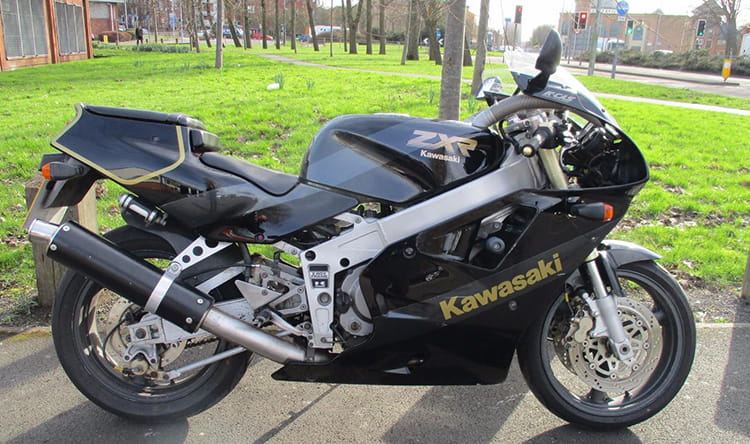 The ZXR400L was one of those models that arrived in the Kawasaki range, and other than some colour changes over the years, it remained pretty much untouched. There are still plenty of them out there and bike breakers, throughout the UK, have hordes of used parts if you need to keep your L model alive on a budget.

This is its older brother, the ZXR400H. It looks like a shrunken ZXR750H1/H2 model but that’s where the good news ends. Kawasaki bikes from the 80s don’t wear too well, trying to keep them looking good is a tough call. Behind the bodywork things slowly fester away. Things like the exhaust, radiator and calipers are all prone to an early grave. This is where owning a Grey Import can prove frustrating. Trying to find used parts is a challenge and chances are, anything you do find won’t be much better than those you’re trying to replace. New parts aren’t really an option. If you have an ache to own one of these models, buy the best one that you can find. This bike looks fairly honest but at £1,995, I’d be more inclined to search for an L model instead.

Gearboxes are a known weak-spot on these models so give it a good workout on the test ride.

There is an SP version of the H which is easily identified by its racy single seat unit. 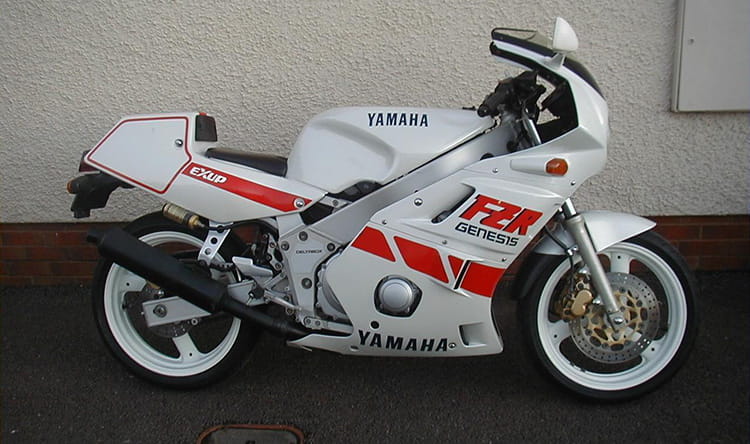 The FZR400 looks older than it is with those big round headlamps being mostly to blame. On later models they gave way to a funky projector headlight that also appeared on bigger FZRs back in the day. The later FZR400s are the ones to go for. The 3TJ model even made it on the boat as an official Yamaha imported bike, though the asking price was bigger than the sum of its parts.

Prices for the FZR400s have risen yet the FZR600 can still be bought for pocket money prices, so what’s going on? Maybe it’s the rarity of the 400 that gives it a leg up in prices? Maybe none of the ones advertised ever sell? This bike has been on eBay for a while, the £3,995 might explain that? Even though it’s a rare model perhaps potential buyers are scarcer still? This bike is also going to need some attention and more outlay. The sellers confessed that both tyres have had it and there are some cosmetic blemishes too. Oh look, there’s a FZR600R for £1,495!