Signalling the start of the weekend is Scott Redmond's Good, Bad and Ugly. This week he has dusted off the rose tinted specs and been on the look out for bike that are about to blow out the candles on their 25th birthday. 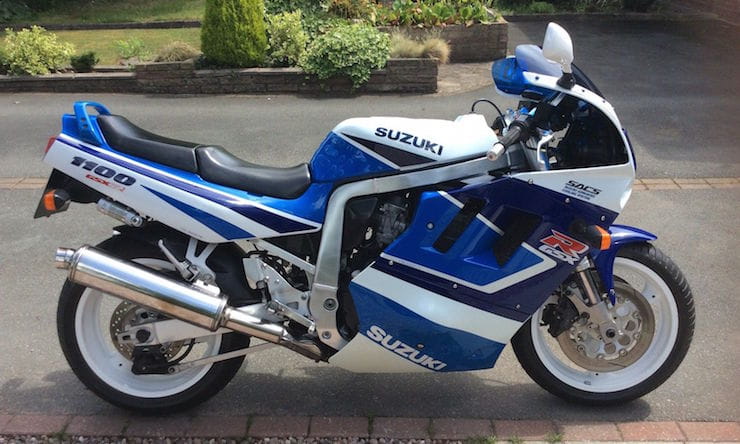 The first GSX-R1100 arrived in 1986, it was a flighty beast. Over the years Suzuki twiddled with it, this was partly to make it faster and also to get it to handle better, they managed to  achieve one of those two objectives. The 1989 K model put them back a few years, it was fast but it handled like a wheelbarrow. All of these shortcomings are now the very reason that they’re commanding big prices. The GSX-R1100 is an icon, the last oil cooled models are very sought after.

I was a little confused at first why this GSX-R1100N is wearing clothes from the M model. They are identical bikes, but the N model came with shell suit graphics, unlike the M that had a much sharper set of stripes. A quick read through the advert reveals that the seller swapped the bodywork over, he’s still got the original tank, fairing and seat panels but he wants extra dosh for those. These models were the last oil cooled GSX-R1100s, with even more fiddling from Suzuki the next generation were water cooled, they have yet to earn themselves a cool reputation. For many a real GSX-R isn’t cooled by water, these fans of those oil cooled models push up prices. Not too many GSX-R1100s remained standard, many got customised with varying results. Original bikes are getting harder to find, in another quarter of a century will there be any left?

The Slingshot 1100s had four into two exhausts fitted, earlier 'Slabby' models came with a four into one system. 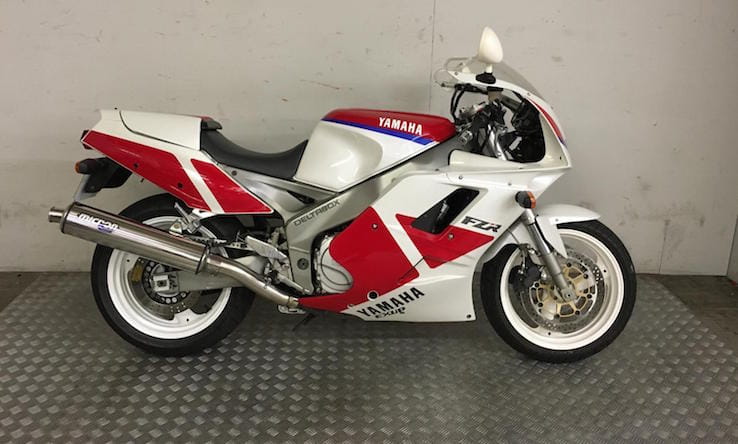 By 1992 the FZR1000 EXUP had been through a few updates since the first FZR1000 Genesis model had arrived in 1987. Like Suzuki had done, Yamaha kept tweaking their flagship to secure sales, when Honda aced everyone in 1992 with their all new Fireblade you can’t help but think it took them by surprise. The FZR1000 was never going to compete, but it didn’t stop Yamaha trying! The first FZR1000 EXUP is the one that gets men of a certain age excited, the reworked RU model is pretty much another forgotten Japanese sports bike.

The RU had upside down forks from standard, it also got a pointier looking top fairing which robbed the bike of its distinctive looks. Prices for early FZR1000s are starting to rise, those Genesis models show the most activity. At the other end of the bloodline a tidy Thunderace can be had for well below £2,000. There’s not too much love about for these RU models, they are caught up between those who want an early Blade, or those who fancy a late oil cooled GSX-R1100. I don’t mean to be negative, but I can see why.

The FZR1000 EXUP engine does like to burn a bit of oil, it’s ok they all do that. 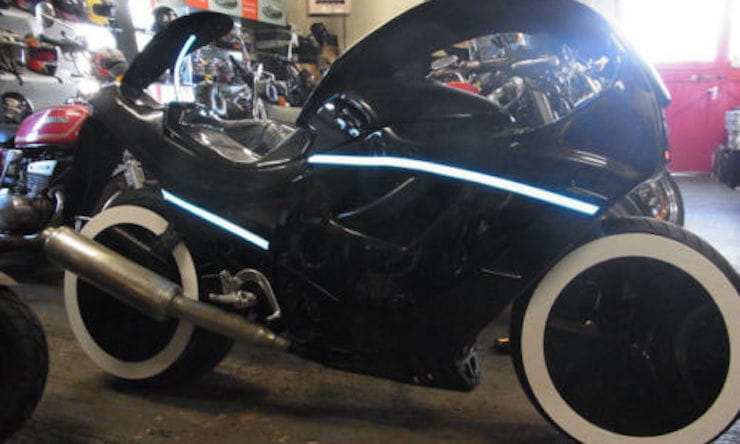 Every so often you find something and ask yourself why? For some reason this 1992 Suzuki GSX600F is now a real life Tron bike. After reading the advert I’m still none the wiser why! By 1992 the 600 market had firmly become Honda territory. Their steelie CBR600 was the obvious choice if you wanted an all rounder middleweight. The GSX600F was a cheaper option, but it was always the poor relation if you put the pair together. It isn’t a bad bike, well not until you lob a cartoon inspired body kit on it. At £1,495 there’s plenty of novelty fun to be had, but would people be laughing at you, or with you?

The GSX600F uses an oil cooled engine, this unit went on to power the Bandit 600.