This weeks Good, Bad and Ugly takes a look back through rose tinted spectacles, back to the time when two-strokes ruled the world. Scott has been on the look out for 250cc sportsbikes in particular. These bikes had scalpel sharp handling and a powerband so narrow that the ability to keep the engine in the sweet spot made riding them all the more rewarding. 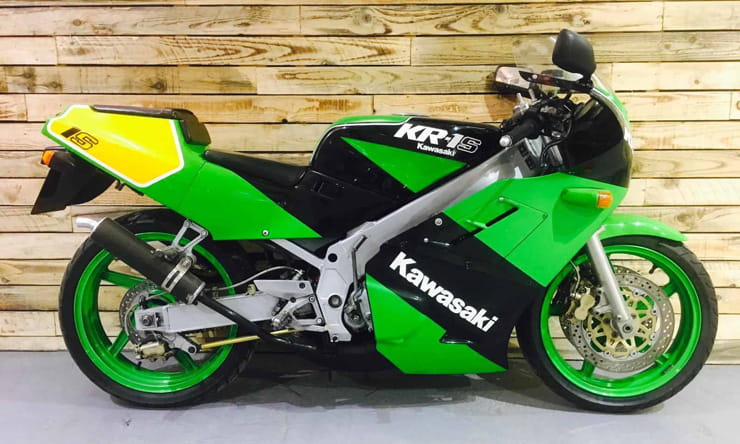 The KR1-S was the last roll of the Kawasaki 250 two stroke dice. It replaced the KR-1 quite quickly and despite looking pretty much the same, there had been plenty of nips and tucks.

The wheels were now five spoke items, the brakes got upgraded to four pot stoppers and the engine had a bit more bite about it. The frame was also different in its construction, despite it all looking pretty much like the KR-1. The biggest draw though was the fact it was often the fastest in magazine shootouts which helped Kawasaki sell a few more units for sure. There were issues though, being the fastest meant it was also a tad fragile. Piston rings that departed the piston didn’t do much to help but by the C3 model, Kawasaki had addressed the problem. By then the two stroke 250 was heading out of fashion and there wouldn’t be another one from Kawasaki. Many of the bikes that remain now have been restored, it’s always worth checking on who did the work and insisting on receipts for any work that the seller boasts about. Prices are continuing to rise, at £4,990 this bike is actually priced on the conservative side. 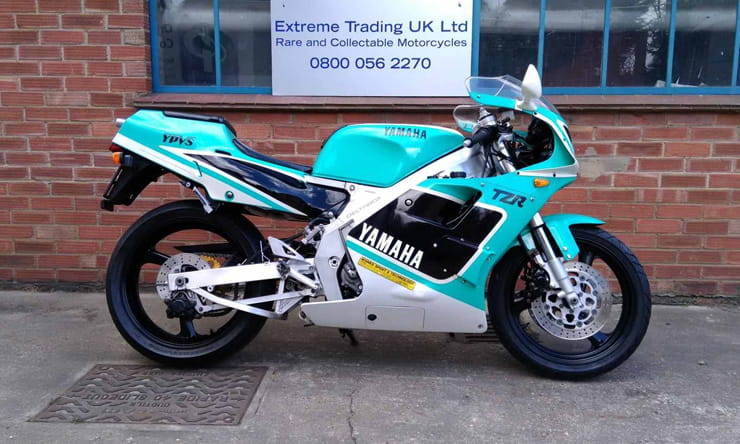 The Reverse Cylinder TZR250 very quickly earned itself a bad reputation for eating pistons. Cruelly nicknamed the reverse seizure, it’s a name that follows it around 20 odd years later. It’s a shame that the engine is like a hand grenade because the bike is one of prettiest ever built in my opinion. Those 250 GP looks have matured well and we all secretly love under seat exhausts if we are honest. This bike is a MK2 version; it uses upside down forks and comes finished in a fetching mint green colour! With 37,000 miles on those fragile pistons, this one would have had a few rebuilds at a guess. If you’re considering life with a 3MA, you probably wouldn’t go too far wrong budgeting for that when doing your sums before buying one.

The 3MA was replaced by a v twin configuration. 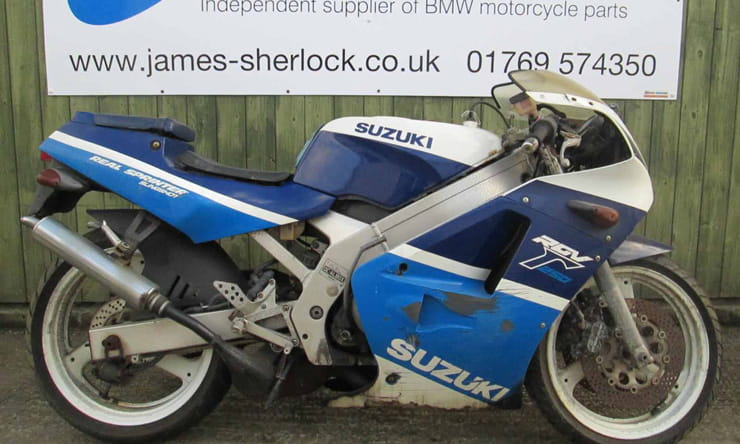 It pains me to call the RGV250K ugly as of all the RGV models it’s actually my favourite! This one though shouts money pit. At first glance you’d think £1,995 for a project RGV250 doesn’t sound too spiteful? The thing is the more you see, the more you realise that this bike is in very poor condition. It’s going to need a full restoration which will cost thousands of pounds. Used parts are drying up, so any that appear for sale carry a premium. Chuck in an eBay auction and if two people really want those parts, prices can quickly go skyward. This creates a new benchmark for the watchers to chat about on their forums; it’s the downside of our virtual world.

The RGV250K got new colours for the L model that replaced it. The M got a total makeover.