It's Friday and that can only mean one thing, our man Scott Redmond has been trawling the online auctions to bring you three bikes for his weekly The Good, The Bad and The Ugly.

With the launch of new flagship 1000cc sportsbikes from Honda, Kawasaki and Suzuki, we've chosen that as today's theme. Take it away, Scotty... 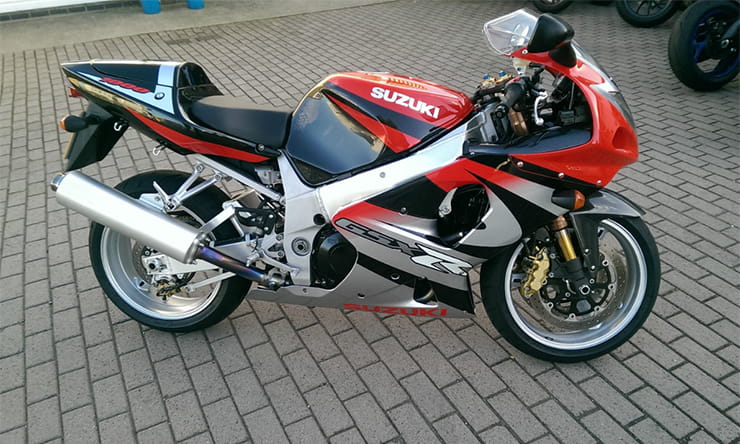 The launch of a new motorcycle model fills you with excitement. The anticipation that the bike you want a manufacturer to create no only lives up to your expectation, but also the hype churned out by PR people behind the scenes.

In 2001 Suzuki did exactly this, they finally gave their public a GSX-R1000. The K1 didn’t disappoint. The 998cc engine chucked out around 160bhp and it looked every inch a GSX-R.

Those early K models are now genuine classics. Fifteen years on they are still a capable and comfy sports bike.

There are a few things to bare in mind if you’re looking to buy one. Many bikes get splattered in bolt on goodies, it is a GSX-R after all. Some things like quality aftermarket exhausts or suspension goodies will enhance the bike, whereas stuff like anodised tat and iffy cosmetic trinkets will have an adverse effect. Trying to find an unmolested bike is tricky, but they are out there and here’s the proof.

This one is a K2 version, which basically means a 2002 model. Looking at the photos show it’s had an easy life, especially when compared to other offerings that stare back at me on eBay. At £3,699 it’s not the cheapest early GSX-R1000 out there, but from where I’m sat it looks like one of the best.

The gold anodised coating on the fork stanchion wears off, it’s only cosmetic and won’t affect anything.

This model is one of the comfiest litre sports bikes you can buy, it’s even got decent mirrors.

Gearboxes can be an area for concern, any selection issues are usually a good indication that the bike might have had a tough life. 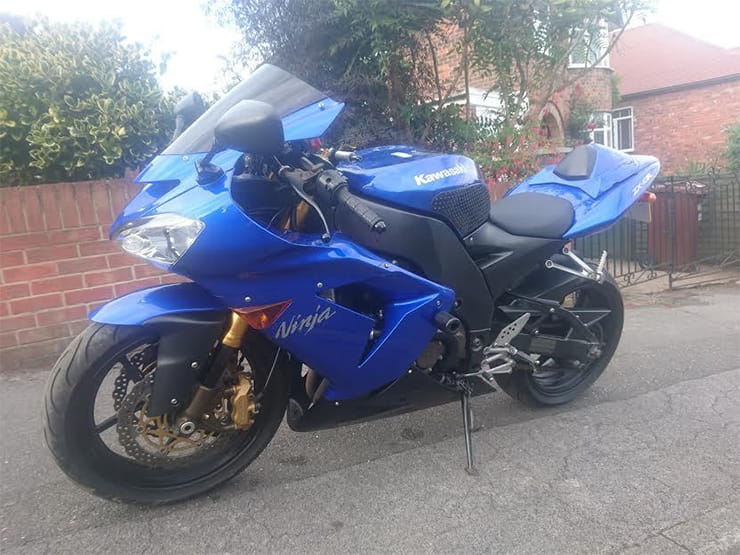 Like Suzuki, it took Kawasaki a while to give the public what they wanted. The ZX-10R from 2005 was maybe just too much of a good thing.

Manufacturers launch their sporty offerings at race tracks, usually with perfect weather to accompany the perfect venue. The ZX-10R obviously shone, a job well done. Meanwhile in the real world things can be very different, which could explain why this 2005 ZX-10R carries a Cat D marker on its V5 history.

Those 181 Kawasaki horses are much harder to control on local lanes on a wet Sunday afternoon. It isn’t all bad though, a bike that rolls off its side stand can just as easily end up costing a small fortune to repair. The older bikes get the more chance they have of appearing on the insurance hit list. This ZX-10R comes with a rake of aftermarket goodies. These include an end can, steering damper and screen. There’s always a positive lurking in the negative and that’s exactly what I’m drawn towards. Usually a decent ZX-10R of this vintage would retail for £3,500 plus, so with an asking price of £2,850 it’s a whole lot of motorcycle for your biking buck.

Build quality isn’t a strong point of this model. Brakes and wheel rims will be show the first signs of this.

The ZX-10R is still a favourite with track day fans. It’s 181bhp can still get you into trouble though. 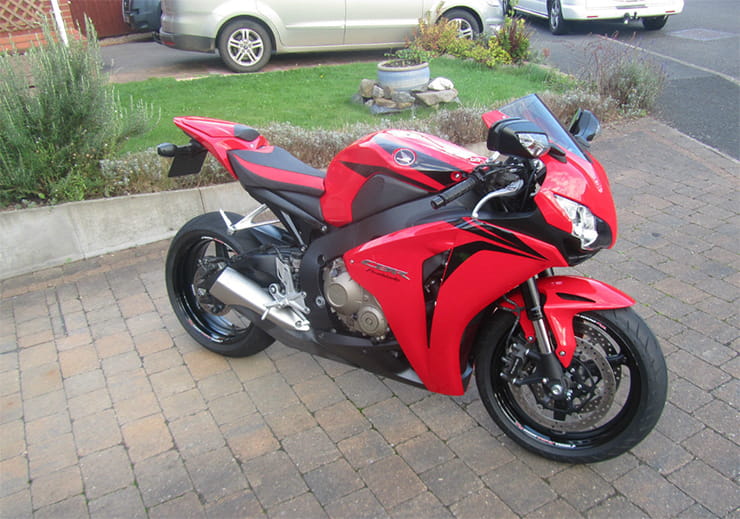 You only get one chance to make a first impression, and sadly for this model I never fell for its face. It wasn’t the prettiest Blade ever produced in my opinion. Like always though I was way too hasty, for under that bodywork lurked a blinder of a bike.

Honda had sharpened this Blade on many fronts. It actually had attitude. It also had an engine that weighed 2.5 kilos less  than that of the power plant it replaced. Inside the motor there’s a slipper clutch which helped you handle the 173bhp that the 999cc inline four kicked out. The under seat exhaust fad was over for the Blade, and the new tucked in silencer hid lots of emission required gubbins in its guts.

This model is still sought after, prices bare this out. This eight year old bike is up for grabs with a £5,500 price tag. It’s miles are low at only 8,250. It’s obviously been pampered, as the seller boasts of a Honda service history which is a nice touch. There’s a few extras fitted but the standard parts are included too.

I still can’t warm to the looks, but that’s my issue not the bikes. If you like the look of this 2008 Blade you’d be hard pushed to find a better one on the market right now.

The last Honda before this to use a genuine slipper clutch was the iconic RC45.

The VF1000R from 1984 pioneered the Honda slipper clutch concept.