For over 25 years our resident second-hand bike man, Scott Redmond, has bought, sold and broken up motorcycles for parts. He's purchased bargains, howlers and a few he'd rather forget, but uses his unquestionable experience and encyclopaedic knowledge of the market to give him the edge…

Every Tuesday he looks for temptation under two grand; “Used bike prices continue to hold their own” says Scottie. “If you can’t stretch to buying a Versys 650, Vulcan 650 or ER6, then check this trio of previously-enjoyed Kawasaki middleweight twins.” 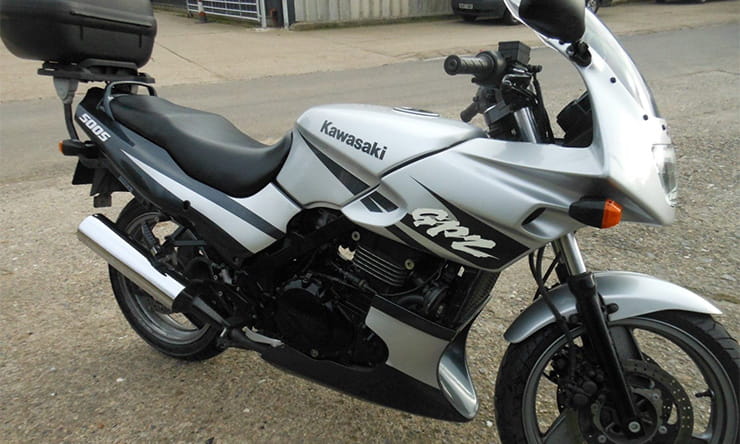 Kawasaki built its first GPZ500S models towards the end of the 1980s; they were a cheap way to get yourself a new middleweight, and the engine was basically half of a GPZ1000RX engine. Well, that’s what the advertising department from KHI told us.

The first model wasn’t a bad bike, but going into the nineties Kawasaki gave the model a makeover. The biggest difference was the 17 inch wheels; the older model had a 16 inch rim at each end, which limited tyre choice. The new model was called the ‘D’ version and lost the sporty side a little and got more of a big bike feel. The fairing was larger, which allowed for a better headlight and clocks that were based on the ZZR1100 ones. It was a steady seller for Kawasaki and stayed in the range for around a decade… all it received was a fresh coat of paint here and there.

From a used bike point of view they make a great budget purchase. There are plenty of them to pick from, so never buy the first one you see.

This is one of the better ones currently on the market.

It’s had two owners from new, between them they’ve only managed to clock up 6,693 miles. Our seller informs us that they’ve fitted a new rear tyre and given the brakes a service. This model also benefits from a rear disc – the earlier model had to make do with a drum brake on the back. With an asking price of £1,295 this GPZ500 won’t hang around too long… it’s even got a top box.

Anorak Fact Kawasaki built a stripped back version of the GPZ500, the ER-5 is yet another wrapping for the 500cc twin cylinder engine. 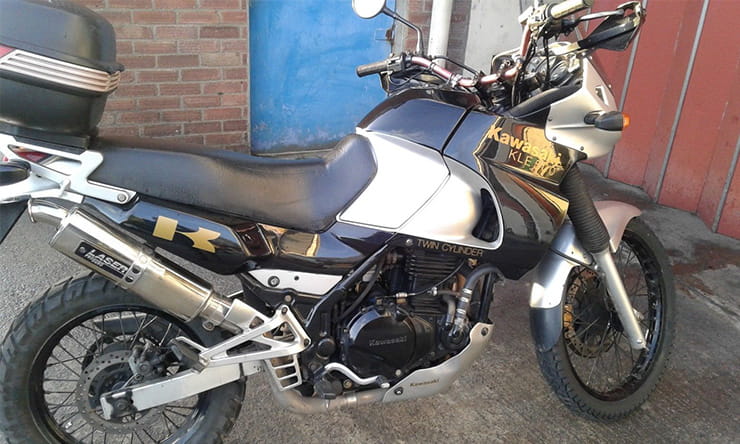 It’s hard to imagine a time when adventure-styled bikes weren’t popular. The Versys 650 is not just one of the most popular bikes in its class, it’s also one of the best-selling machines in the Kawasaki range.

Kawasaki was less successful when it tooled up and created the KLE500. The GPZ500 engine was mated to a chassis that teased you with off-road capabilities. The reality was a bike that appealed to few riders at the time. Sales weren’t that great, which isn’t surprising when you remind yourself the nineties were the golden years for race reps.

The KLE500 is a rare find on the used bike market, and prices are often very conservative.

With only 16,092 miles under its belt this 1995 model is good for plenty more, and it’s been upgraded with the fitment some useful extras; the taller screen, brighter bulb and heated grips all add to the value.

Anorak Fact The generator is a weak spot on all these models that use the twin cylinder 500cc engine. Used flywheels are hard to find, new ones are pricey. 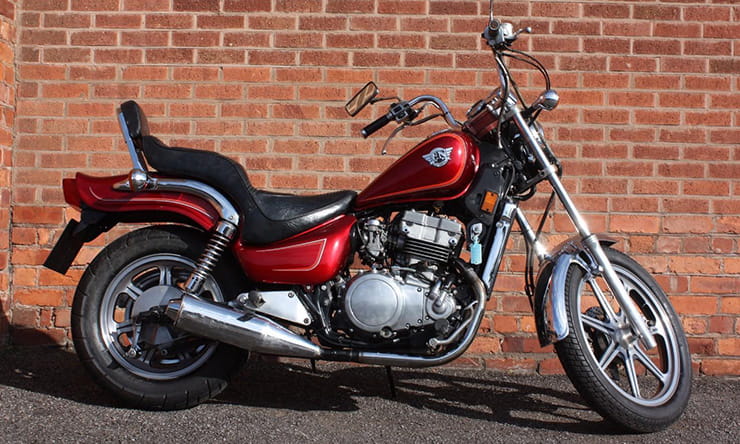 The Vulcan 650 is a brilliant factory cruiser/custom. The EN500 wasn’t.

Maybe the market changed over the last few decades… thankfully the styling did. The Vulcan 650 and EN500 share the same formula, both using a twin-cylinder engine that’s fitted to other models in the Kawasaki range. It’s a format that works.

The EN500 motor differed from the GPZ500-KLE500-ER5 by not using a chain drive – instead the EN500 uses a belt drive. The EN450LTD that led the way for the EN500 also used a belt – designed to last longer than a chain and sprocket kit, it was also more expensive to replace.

The styling of the EN500 is the biggest issue – love it or loathe it, it’s down to personal tastes at the end of the day. Park it next to a Yamaha XV535 Virago from the same era and you’ll understand why it wasn’t a big seller.

This example looks to be in really good condition, and hides its 25,000 miles wel, but with an asking price of £1,499 it’s pushing the market for a 27 year old unloved model.

Anorak Fact Kawasaki also fitted a belt drive to their GPz305 twin; many owners changed it to chain drive by using a rear wheel from a Z250 Scorpion.