“Bike night season is now upon us, what better time to buy a 70s classic motorcycle for those trips to the local meet.” Said Scott. “We’ve found a varied bag to choose from this Friday including; a massive Kawasaki Z1300, an original Suzuki GS750, and a Yamaha FS1E that’s almost ready to ride. 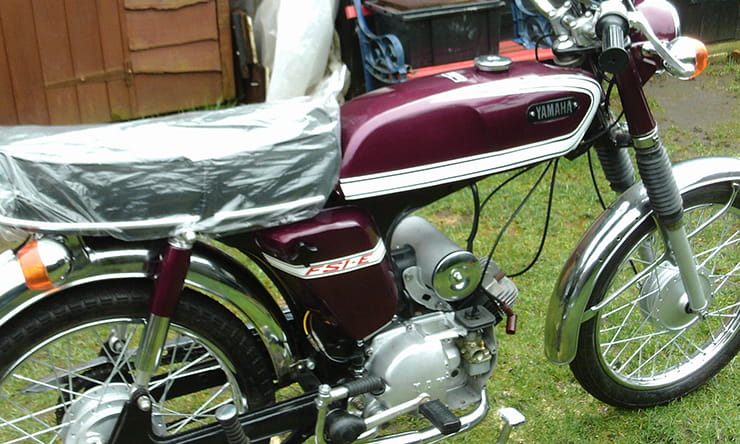 The Yamaha FS1E is so much more than just an old moped; for many it’s the reason that they own a motorcycle today. The spindly looking Yam introduced thousands of 70s teenagers not just to motorcycles but also to the Yamaha brand. Come the 1980s and your typical teen wouldn’t look twice at a Fizzy, there were now new kids on the block, bikes like the Kawasaki AR50 and Honda MB-5 that made the Fizzy look very dated. That should’ve been that for the Yamaha tiddler, but in a way it was just the beginning of its second wind. The same people who had abused them when they were 16-years-old were now buying wrecks to restore, the FS1E had gone full circle. The interest in the FS1E scene hasn’t wained since. Prices back this up, with freshly restored bikes that are dripping in new old stock parts fetching way beyond £5,000!

Unfinished projects being offered for sale isn’t a rare occurrence and this 1974 model looks to be all there. It’s had plenty of new parts fitted and is within touching distance of being finished. The advert reveals a killer blow, sadly this Popsicle Purple example doesn’t come with matching frame and engine numbers. This obviously won’t effect the running or riding once the rebuild is complete, it will though dent the value of the finished article. Our seller reveals that the £3,250 asking price is the final price drop. Let’s hope it’s enough to tempt a buyer from his watch list and get this iconic moped finished and back on the roads.

Anorak Fact: Yamaha reintroduced a pedal less FS1E to their range in the late 80s. 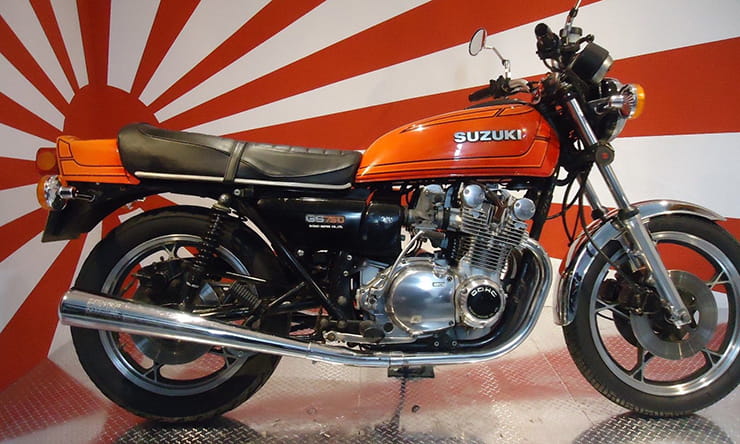 In a game of Top Trumps a Suzuki GS750 wouldn’t beat bikes like Kawasaki Z900, Honda CB900F or even it’s bigger brother the GS1000 on many fronts, but out in the real world it would give them all a run for their money. It’s one of the most underrated motorcycles of the 1970s. Finding a GS750 these days can be trickier than you’d think, discovering one for sale that’s never been messed with or restored is nigh on impossible. This 1979 offering is still wearing its original paintwork, even more amazing it’s still got the original Suzuki exhaust fitted.

The only non standard item is an aftermarket electronic ignition kit, a popular mod that rids the bike of the often troublesome Suzuki set up.

In 40,000 miles of use it’s had nothing more than a sympathetic oily rag tart up.

The most attractive part for me is the price, at £3,250 this is very useable Japanese classic bike from the 70s that’s not going to break the bank. 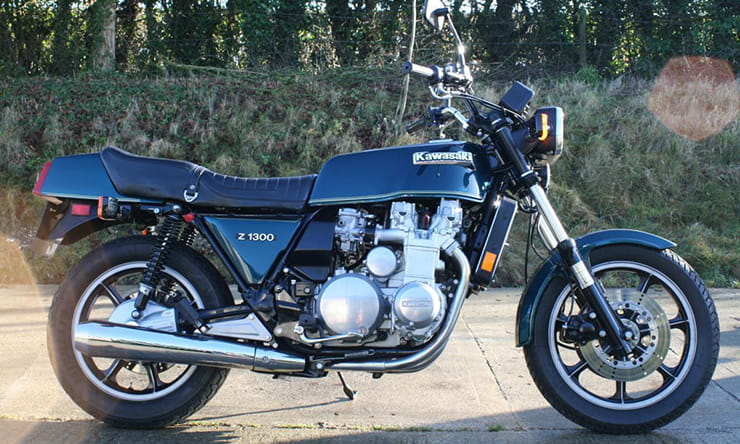 ‘You can’t beat cubes’ - it’s a cliché that sums up the Kawasaki Z1300 perfectly.

Everything about this big Zed is chunky, from the hefty Kawasaki tank badges to the 297 kilos dry weight.

The water cooled engine is good for 120bhp, which it spits out via a shaft drive to the rear wheel and the Z1300 could weave itself to 140mph if the rider was brave enough and conditions were good.

Unlike the CBX1000 that vanished from the Honda range in the early 1980s, Kawasaki stuck with their six potter until 1989, with unsold stock taking up valuable floorspace at some Kawasaki dealers until the early 1990s. In exchange for £11,499 you could get this 1979 Z1300 sat in your garage.

It was imported to the UK in 1993, and the clocks display only 1,513 miles! The seller doesn’t mention if this is genuine or not though. Looking at the condition of the bike it could be genuine, everything about this bike looks to be spot on.

Anorak Fact: In 1983 Kawasaki dumped the carbs and fitted fuel injection to the Z1300, this was more to help its mpg figures rather than the mph.