Pick of the Ads: Yamaha DTs

Small bikes can be big fun, this was never more true than when talking about the Yamaha DT. For less than two grand you have a pick of machines that range from something up and running to project bikes in need of some attention. Here’s our findings for Two Grand Tuesday. 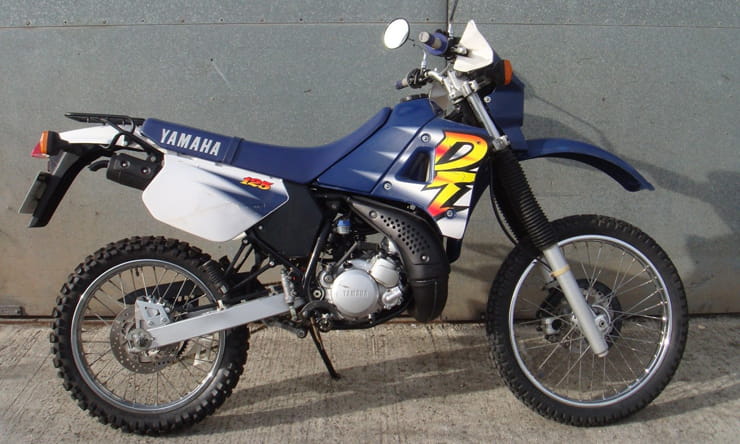 Back in the 80s and 90s every Japanese manufacturer came up with an off road inspired 125cc machine, some were better than others, if you had to single one model out that showcased the best of the breed; this would have to be it. The DT125R grew from the older DT125LC models, it was sharper to look at and had plenty of big bike feel. Sadly many UK registered bikes often ended up being wrecked, crashed or stolen before the last finance payment had been made.

You’d think that the chances of finding one these days would be nigh on impossible, thankfully you’d be wrong.

Over on the continent they were a good seller, unlike our supplies there’s still plenty of decent used bikes on the roads.

Supply and demand means UK based traders have been heading to Europe to relieve them of their often well kept machines for some years now, that’s where this DT125R came from.

This DT125R is a pretty good example of what I’m going on about.

For a 125 that’s 20 years old it’s in pretty impressive condition, it still sports its original paint job and even the exhaust is standard.

Reading through the advert the only downer is there’s a scrape to the headlamp cowling, otherwise it’s in very good original condition.

The DT125R is still a very desirable machine, not just to those wanting to relive their youth, but also to those riders who for whatever reason have no interest in obtaining a full motorcycle licence.

Anorak Fact: The bikes sold on the continent came with the YPVS fitted, which gives them more power than the 12bhp models we originally got. 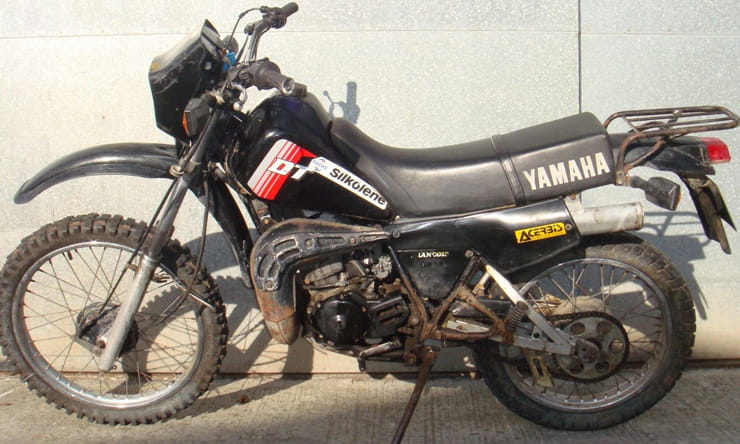 In 1984 there was no cooler 125cc machine to slap your L plates on, with its water cooled engine and YZ looks the DT125LC was the object of many schoolboy’s desire. Not too many remained standard for too long, standard exhausts were replaced with noisy aftermarket systems along with a dodgy air filter that meant dumping the air box.

Many of these bikes ended up off road, often without the owner’s permission.

The MK1 DT125LC is a very rare bike these days, later models gained a front disc brake and even more YZ dna injected into their looks.

Fully restored bikes can change hands for over £3,000 which is only about the price of a new Honda MSX-125. This is another French imported machine and it’s very much a project bike, on the plus side it’s complete and it also runs. It’s fairly original, well other than a non standard silencer and with only 6,201 miles recorded chances are that it’s actually the bikes genuine mileage.

It’s always hard to get a true reflection of a bikes condition from a few photos, so the seller invites you to come and view it before putting an offer forward. My advice; go and take a look.

Anorak Fact: Yamaha paired the DT125LC up with the RD125LC, like the DT it went through a few model updates. 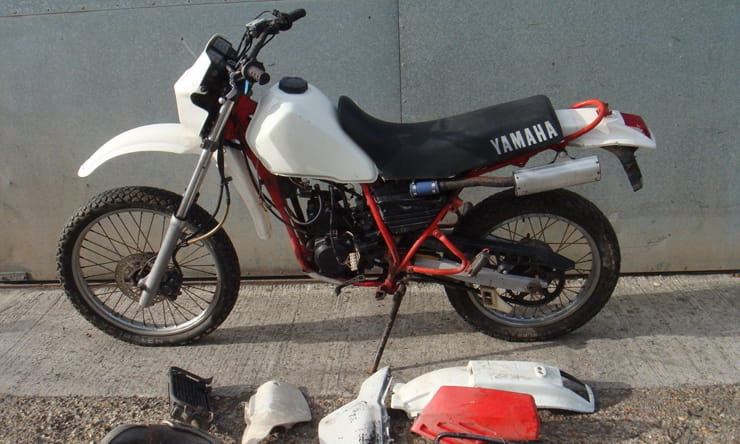 The DT family contained many models, the smallest was the DT50MX, but crowbarred in between that and the DT125LC was the DT80LC.

In the mid 80s the 80cc bike was a popular sector of the market. They allowed you to save a few quid on your annual insurance, but also had similar power to the restricted 125 models and slightly less weight.

Yamaha used the same water cooled engine in their RD80LC, another bike from the eighties that’s now both rare and collectable.

This DT80LC is far from roadworthy, but it’s priced accordingly. There’s also a stack of bits that come with it for the £595 asking price.

If you’ve always fancied taking on a project bike with a smaller capacity bike, this two-stroke Yamaha is great starting point. If you get it finished you’ll have something to take pride in, if you realise part way through the build that restoring a bike isn’t really your thing there’s always someone else looking for an unfinished project to complete - Hopefully meaning you shouldn’t burn your fingers financially either!

Anorak Fact: The Kawasaki AR80 was probably the most popular 80cc bike of its day, where have they all gone?