Pick of the Ads: Speed Triples

This week’s Good, Bad and Ugly looks at Speed Triples.

“The Speed Triple continues to be an important model for Triumph,” said Scott, “with not just one but two fresh models for 2018. This weeks GBU takes a look at a few that Triumph made earlier." 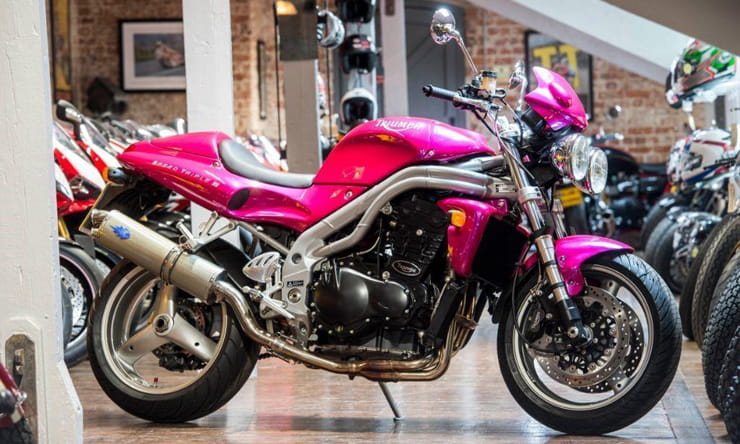 If the original Speed Triples weren’t such good bikes, it’s doubtful that the model would still be part of the current Triumph range. The early models have matured well with age, their distinctive looks giving them an edge over not just other bikes from their era, but also the newer models from Triumph. It’s easy to think that the Speed Triple is just a stripped back Daytona but it’s much more than that. Less is so often more, the Speed Triple epitomises this phrase perfectly.

The 955i fuel injected engine is a peach, considering that fuel injection was still in its infancy Triumph deserve some praise for getting it right.

This bike we’ve found is a real gem, it’s covered a measly 468 miles in 18 years. The good news gets even better, our seller points out that they’ve been through the bike and replaced lots of parts that would’ve deteriorated over time. The list is pretty lengthy and includes everything from obvious items like the tyres and battery, to fork seals and a number of rubber hoses and pipes.

This one owner machine also comes with the standard exhaust silencer and pillion seat. It’s on the market with a price tag of £4,980 which isn’t too cheeky for an iconic bike with less than 500 miles use. 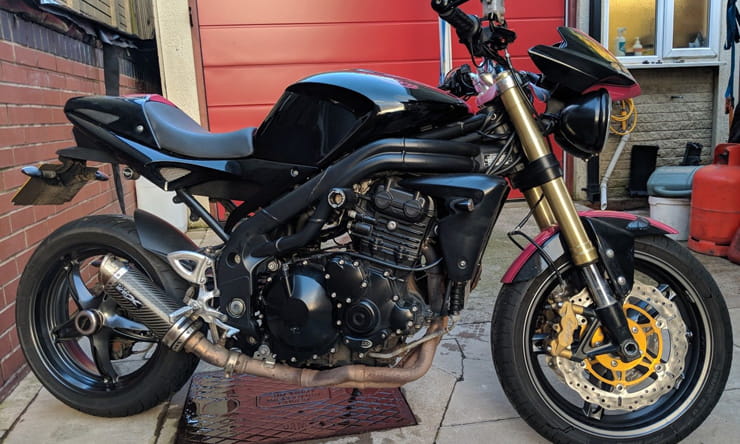 In 2005 Triumph launched a new Speed Triple, it was a totally reworked bike and went on to do good business for the firm from Hinckley. The joy of an un-faired bike is when you’re doing 70mph it actually feels like 70mph, there’s nowhere to hide on a naked.

There’s also another positive that lurks within a negative, that’s if the bike goes over there’s no fairing to repair or replace. This 2006 Speed Triple 1050 at first looks a bit of bargain, there’s actually earlier models advertised for more money but the devil is always in the detail.

At some point in its past it’s been involved an insurance claim, which means it’s now recorded on the hit list. Carrying a category C marker on it’s head will mean it’s value will always be less than a bike that’s HPI clear. Adding to its issues is the non standard paintwork, custom paint jobs can severely limit how many potential buyers are going to make contact, let alone put their hands in their pockets and buy the bike. If you like butterflies though, this could be the perfect bike for you!

There is some good news, it’s had a suspension overhaul and an upgraded regulator and alternator.

Anorak Fact: The most popular bolt on parts purchased by owners are belly pans, screens and noisy end cans. 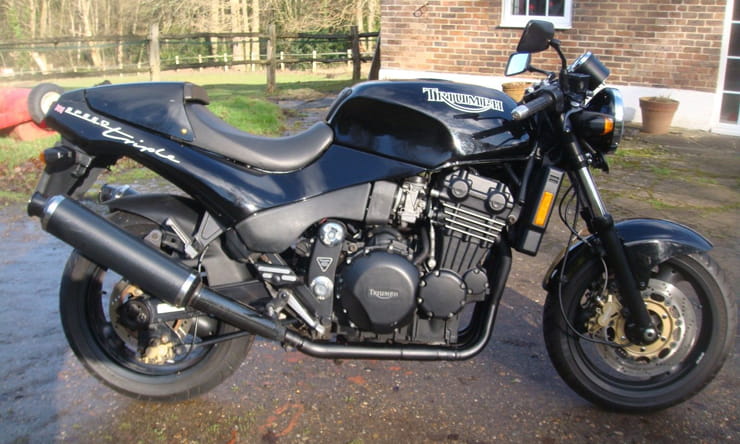 The original Speed Triple 900 is well on its way to becoming a fully fledged classic bike, the stealthy looking naked does look good but when you jump on you are transported back to another time. In the 90s Triumph maxed out their modular design with a wide range of bikes that shared the same frame and engine basics.

The Speed Triple 900 was one of the best looking models that used the steel spine frame. It was more than just a Daytona 900 with no fairing. The Triumph adverts at the time portrayed it to be a real Rottweiler of a bike, but the truth was it’s bark was worse than its bite. Weighing in at 209 kilos it isn’t a lightweight; this might explain why this low mileage example carries a big dent in its fuel tank!

There’s several other imperfections with this 22-year-old bruiser, a lazy rev counter is one of the more annoying issues.

Anorak Fact: Quite a few Daytona models have been converted to Speed Triple spec over the years, always check to see if your Speed Triple is the real deal.