Today's ‘Two Grand Tuesday’, our weekly pick of the classified ads, takes a look at three lesser known models from the Suzuki back catalogue.

“400cc bikes are still big news in the used bike market,” said Scott, “so this week we’re taking a look at three very different Suzuki 400s, all available for £2,000 or less.” 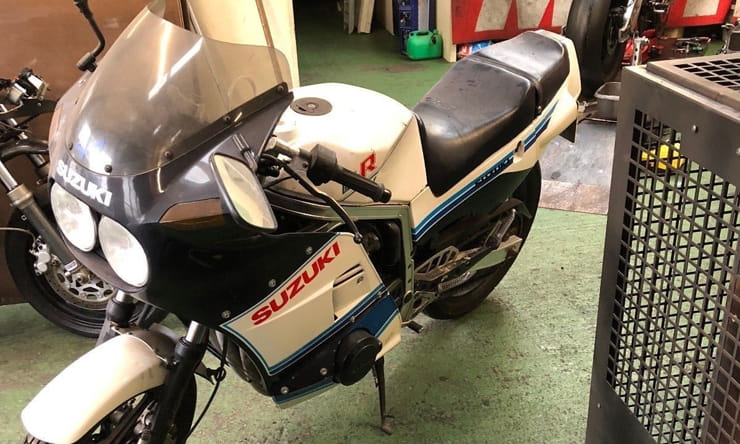 Many people think that the 1985 GSX-R750F was the first GSX-R model, they are wrong. The daddy of all things GSX-R is this, the GSX-R400. It’s model designation is the GK71, a reference taken from the prefix of its chassis number. Arriving in 1984 it was armed with the latest technology, this included a four-cylinder water-cooled engine, four-valves per cylinder and an all alloy frame. The distinctive Slab-side looks were also there.

The engine pushed out just under 60bhp, which is just about enough to keep things interesting yet manageable for a new rider. You’d think that prices for a bike that gave birth to the GSX-R dynasty would be ridiculous but for reasons that are beyond me they aren’t. This bike might need some love to make it tip-top again, but it’s effort that could be well worth doing.

Our seller bought the bike with good intentions a few years back, he’s realised that his plans were never going to see fruition. He draws our attention to the fact that this baby GSX-R a list of jobs that’ll need completing, these include finding some carb to air-box rubbers, and getting the fuel tank repainted. Beyond that it’s just a case of giving it a good old spit and polish.

This 1984 Japanese home market model arrived in England in the year 2000 and it’s UK registered. 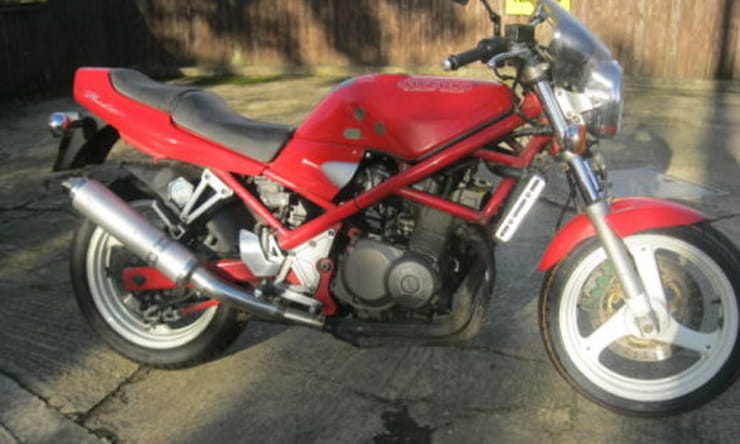 With it’s wrap around steel frame and naked looks the GSF400 is a handsome little devil. Unlike the GSX-R400 models, that received regular updates and benefitted from the latest styling and technology, Suzuki used a variety of components from their parts bin to build the baby Bandit.

There was nothing fancy about this bread and butter motorcycle but if you find a good one, it’ll still hide a sting its tail. The weak spot of this model is the CDI unit, it’s not a case of if it will break, more like when will it break.

With a dickey CDI the bike won’t run, there’s even worse news, trying to find a second-hand one that works is like searching for the holy grail. Buying a new one would be an expensive option, which is why so many of these cute bikes have ended up down at the knackers yard. On the plus side there’s no shortage of engines, frames and chassis parts out there for sale.

With prices for clean bikes on a par with a comparable Bandit 600 it’s hard to see why you’d opt for the smaller option, plus a Bandit 600 cdi only costs about £25 from a breaker, mostly because they rarely pack up.

This 1993 GSF400 looks to be in good condition, it’s even got a fist full of old MOT certificates that go back over a decade. 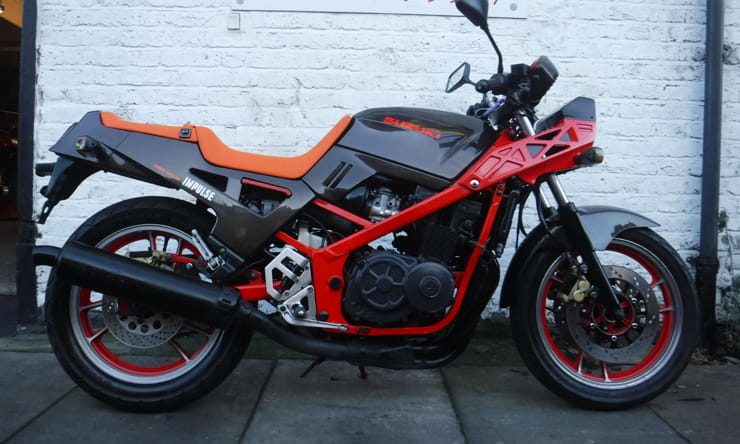 Men can’t help acting on Impulse, a cheesy line from an old deodorant advert, it’s always the first thing to go through my mind when I see a Suzuki GSX400X Impulse. The Marmite coloured bike is exactly that, you either love those looks or hate them.

Many of these models made it to the UK during the early 1990s, with a shortage of decent and affordable bikes the grey-import bike boom helped to satisfy our needs. These bike dealers also filled their containers with weird and wonderful models that we’d never seen, let alone heard about.

The Impulse 400 wasn’t one of the prettiest bikes to wash up on our shores, but it created a small and loyal following. The low seat height and basic spec appealed to those who didn’t want a race rep, but didn’t fancy a Honda VT500E either.

At £1,950 this 1989 model isn’t a cheap option but if you can’t stop acting on impulse, this freshly imported machine could be yours.

Anorak Fact: The other colour option is an ice blue version; it looks much better in my opinion.