Pick of the Ads: Kawasaki ZZRs

“The ZZR range was the backbone of the Kawasaki line up throughout the 1990s,” said Scott. “Now for less than £2,000 you can sample one for yourself. Here’s a trio to tempt you.” 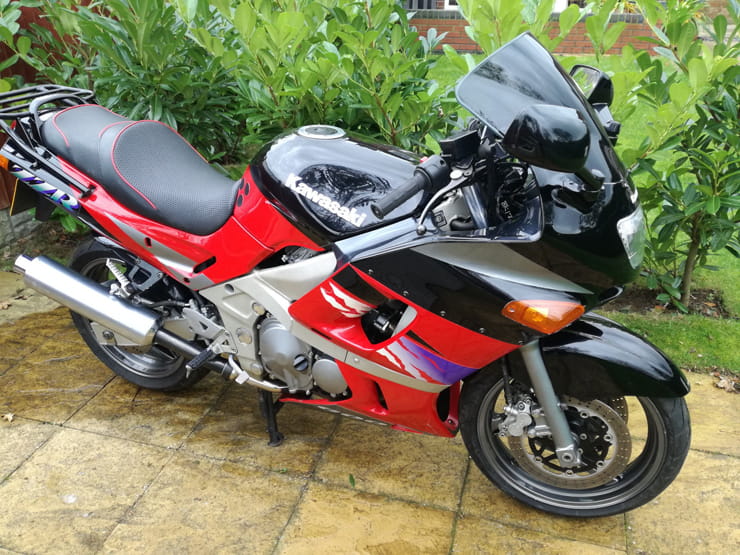 Of all the ZZR models it’s the 600 that makes the most sense if you’re biking on a budget.

There’s plenty on the market which means prices are low, always a good starting point if you want to get value for money.

Putting our economic needs aside the ZZR600E is still a decent machine in its own right. The engine is a gem, and unlike other racier 600s from the 90s it doesn’t need a good thrashing to get the best from it, some might think that this sounds boring, after all aren’t 600s rev hungry machines that thrive on lots of rider engagement?

The ZZR600 comes with a decent mid range, and of course if you wind it up there’s plenty more power waiting for you. The ZZR600 is very much a road bike, this is confirmed by the four into two exhaust system and the centre stand. With a healthy supply of used bikes out there you’d be a fool to buy a bike that hasn’t been loved.

This ZZR600E is on offer with an asking price of only £1,050. The advert reveals it’s only covered 13,855 miles and looks to be standard, it’s even got its original exhaust fitted. There’s a few scratches to the fairing, but nothing too terrible; if that bothered you that much a used panel in good condition could be purchased for not much money, or just sling a few stickers over them.

With only three former keepers it’s survived the last 22 years very well, there’s plenty more fun to be had on this largely forgotten middleweight.

Anorak Fact: The brakes can be a weak spot on the ZZR600E, brake calipers from bikes like the Honda Firestorm and Suzuki GSX-R600K1 share the same mounting points. 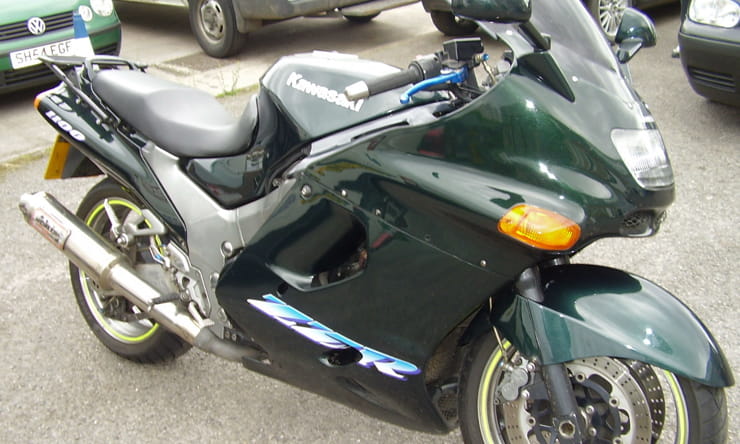 The Kawasaki ZZR1100 was once the fastest production bike in the world, that was a long time ago. Time hasn’t been overly kind to the big Kawasaki, many of the machines have ended up unloved. Big bikes mean big running costs, a poorly maintained super bike from the 90s is a potential money pit. The older a bike gets the chances of them receiving expensive services get rarer, most jobs can be carried out at home if you have access to some tools and a knowledge of how to twirl them. It’s not just the labour though, it’s the cost of consumable parts. A big bike like the ZZR1100 is going to get through things like tyres and chains at a much quicker rate than a middleweight, chuck in a new shock here, or new discs there and it’s a slippery slope. If you want to buy a ZZR1100 the good news is really nice bikes can be found for less than £2,000. The classic Japanese scene seems to have swerved these once kings of speed, well for the moment anyway. So, take advantage and fill your boots. Eight previous keepers have enjoyed this 1995 ZZR1100, I’d love to know which one fitted the blue anodised levers? It’s showing just under 22,000 miles, the seller draws our attention to the grumbly running, this is all part of the character of this model.

Anorak Fact: For some markets Kawasaki had to restrict the ZZR1100 to 125bhp, this was done by using a different carburettor top to models sold elsewhere. 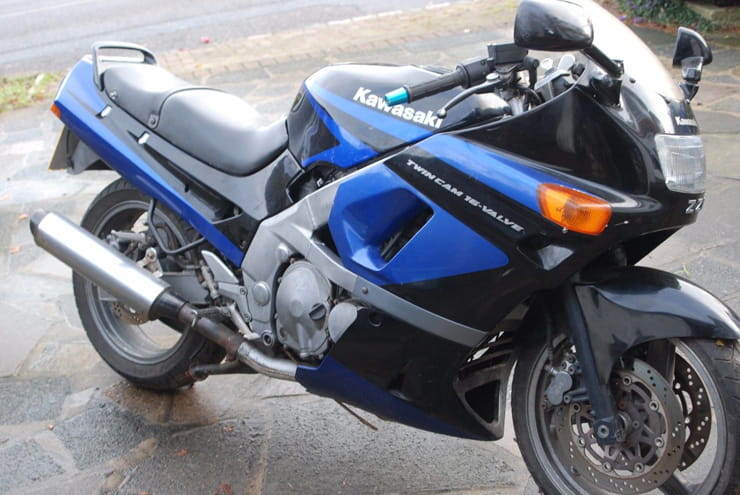 Back in Japan they had this, the ZZR400. It’s basically a ZZR600D model but with smaller pistons fitted. Of all the 400cc models from the land of the rising sun this is possibly one of the least exciting. Prices of those original ZZR600D models are on the floor, so why anyone would yearn for a 400 version is a little lost on me.

This bike isn’t all it seams, it’s being sold as a project, and a non running one at that.

Fair enough it will need a new battery, but the seller points out that it’s got no spark plugs fitted? This in isolation isn’t an expensive rfix, four plugs won’t brake the bank, what’s the bigger issue is why they’re missing? Are the threads ok? If the bike hasn’t been stored properly water or moisture could have entered the engine, leading to rusty bores and sticking valves. It could on the other hand be totally fine, that’s the joy of taking a gamble!

Anorak Fact: There was a smaller ZZR, that was the ZZR250. It used a twin cylinder four stroke engine and sold pretty poorly.

If you have a bike for sale and feel as though it fits one of these three categories, then feel free to drop us an email at enquiries@bikesocial.co.uk and we’ll make sure Scottie takes a look.