Pick of the Ads: Overshadowed by the Fireblade

For Two Grand Tuesday this week we take a look at bikes that were always overshadowed by the Honda Fireblade.

"There’s been plenty of celebrations for the 25th birthday of the original Fireblade," said Scott. "So what better time to look at three bikes that have lived in the shadow of the iconic Honda. Even better, you can bag these at bargain prices and they fall nicely into our Two Grand Tuesday territory." 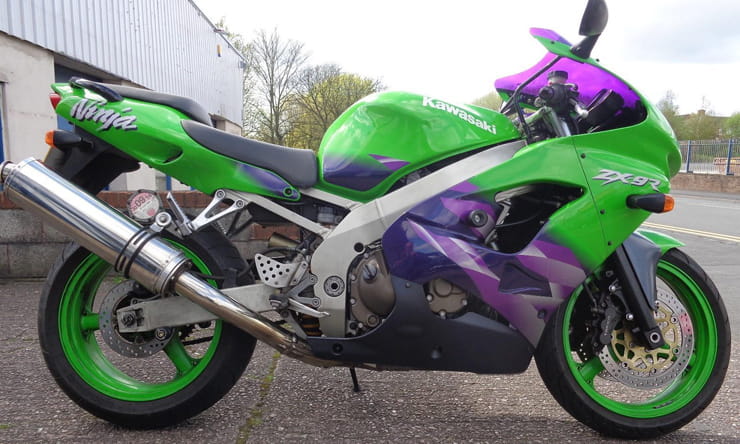 The ZX9R-C model spent most its life being compared to the Fireblade, which must have been annoying for the press release people at Kawasaki. The 'C' model is a brilliant bike, it was everything that the previous ZX9R-B series wasn’t.

There was lots to like, this included; a powerful engine, almost sensible riding position and good build quality. The looks are nigh on identical to the ZX6G, you have to look hard to see any badges informing your admirers that you are on a 900cc bike. Kawasaki did alright with this model, it sold well and was even treated to a makeover that included a bigger headlamp and a few other updates. This bike is in the best colour, if you’re going to ride a sporty Kawasaki it’s rude not to buy a green one. Condition wise it looks to be above average, it’s pretty standard, the only bolt ons are an aftermarket screen, a race silencer and an alarm.

Anorak Fact: The Tokico six-pot brake calipers are prone to seizing. With a total of 12 pistons to refurbish; it’s a pricey job. 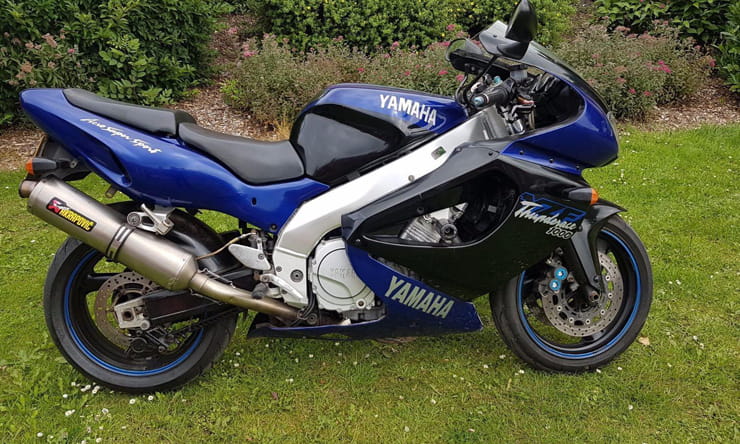 It’s hard to believe that the Thunderace was once the flagship within the Yamaha armada, this was their ultimate litre sportsbike during the mid 90s. Besides having a daft name it also came with stickers saying ASS on the seat panels, it stood for Aero Super Sport, which kind of explains the sleek bodywork. In a world that thrived on race replica looks it was a strange decision by Yamaha to buck the trend. Beneath the bodywork there wasn’t too much new going on. The engine first started life in the FZR1000 EXUP, in the late 80s it was a player, by the point the Thunderace was released, it was a has been.

It wasn’t long before Yamaha moved it from the front cover of the brochure to somewhere near the staples in the middle. The 'Ace isn’t a bad bike, but it’s a little lost in the used market these days. This means prices are low, so this is perfect for those doing things on a budget. This bike is still wearing its original paint, which is always a plus on any ageing bike. There’s an Akrapovic exhaust fitted, that wouldn’t have been a cheap upgrade. With 42,000 miles on the analogue dials there’s plenty of life left in this litre sports bike. The asking price is £1,750, which is about the going rate for a straight Thunderace.

Anorak Fact: Don’t be alarmed if your Thunderace uses engine oil, it’s a genuine case of “They all do that sir” 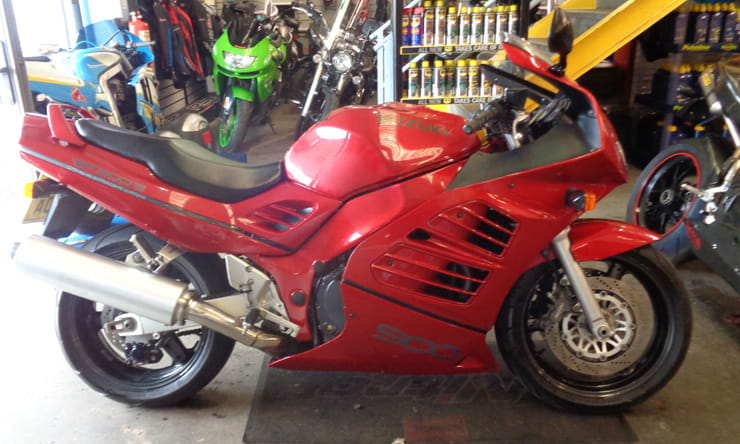 The Suzuki RF900 might have been living on the same road as the Fireblade but it was located at the cheaper end of it. On paper they were both sports inspired 900s, that’s pretty much where any similarities ended. Looking at the RF900 in isolation is the best way to see what it’s all about. The styling isn’t its strongest point, lets get that out of the way first.

The engine is a peach, the water-cooled four-cylinder motor is plenty powerful enough; some magazines back in the day suggested it actually had more oomph than the Fireblade. It also had more weight, the steel spar frame adding unwanted kilos. On the road it all makes sense, the riding position is friendly and so is the saddle, it’s more of mile muncher than a track inspired machine.

Anorak Fact: Exhausts are prone to rotting, decent replacements are hard to find. Be sure to have a good look for any corrosion.