Pick of the Ads: Kawasaki Z900s

Today's Good, Bad and Ugly takes a look at the original Kawasaki Z900.

"Kawasaki have given us not one, but two new Z900 models for 2018," Said Scott. "With their slick promotional videos raiding the family silver, what better time to look at three Z900 models from the 1970s." 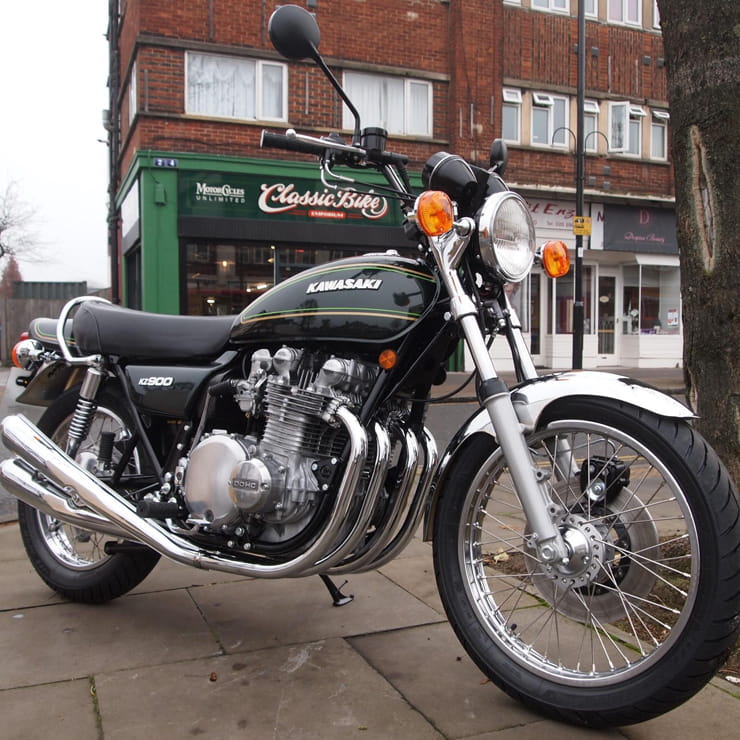 The long hot summer of 1976 is always wheeled out by weathermen desperate for facts when we experience a few days of hot weather. Kawasaki have taken a leaf out of that book with promoting their new Z900RS.

This back to the future approach works, we all love some nostalgic material. The Z900A4 was the end of the line for the 903cc air cooled engine. It was later fiddled with and in 1977 the Z1000A1 arrived to take over the flagship role in the Kawasaki range. Earlier Zed models have been desirable for decades; Kawasaki even ran an advertisement campaign in the 80s highlighting how values for the Z1 models were gathering pace. The Z900A4 isn’t a poster bike, but it is the most common 900cc model from the 70s.

This Z900A4 is an absolute gem, it’s been fully restored back to original condition. The list of replaced parts is impressive, so is the attention to detail. It’s crowned off with a new 4-into-4 exhaust system, perfect.

Bikes like this are never cheap, this one is new to the market and is advertised for £13,989. In context that’s actually decent value for money, if this was a Z1 in this condition you could expect to pay around double that! With prices for the new Z900RS confirmed at £10,200 I know which one I’d ‘invest’ my cash in.

Anorak Fact: The earlier models were the Z1, Z1A and Z1B. 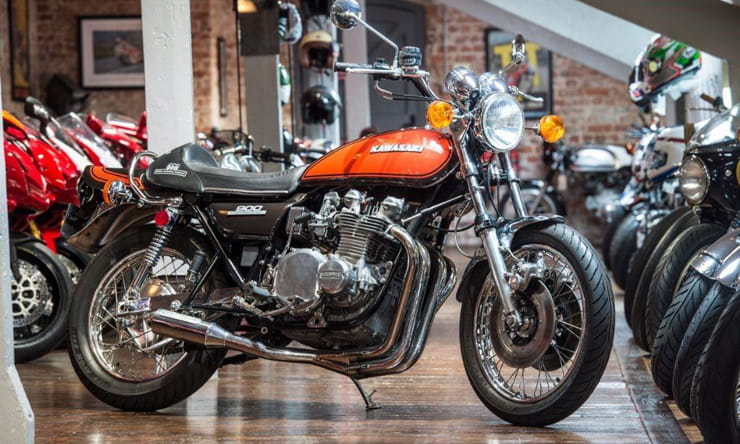 Back in the day the first thing any 70s super bike owner did was to make their bike their own, there was no end of goodies to buy but some were better than others. Standard exhausts got junked, in their place went 4-into-1 systems, they offered less weight and more noise. Chassis mods were common, these ranged from box section swinging arms to painting your frame bright red! Air boxes ended up in the bin and individual air filters were slapped on, there were many other ways of ‘improving’ a machine that a factory had invested time and heaps of cash in producing.

There’s a bit of a resurgence within the classic bike scene and restored bikes that feature these once must-have mods are making a comeback. This Z900A4 is a great example.

There’s not too many standard parts adorning it, a chromed Harris four into one looks dead smart, the custom saddle looks slightly awkward and there’s a box section swinging arm to help stiffen up that spindly chassis.

It’s a lovely looking machine but won’t have the general appeal of a stock restoration. Truth is these types of bikes are never finished, what’s to say the next owner won’t want to put their twist on what makes a street special?

Anorak Fact: The Z900 engine responds well to tuning, there’s no shortage of big bore kits, smoothbore carbs and other delights to be purchased. 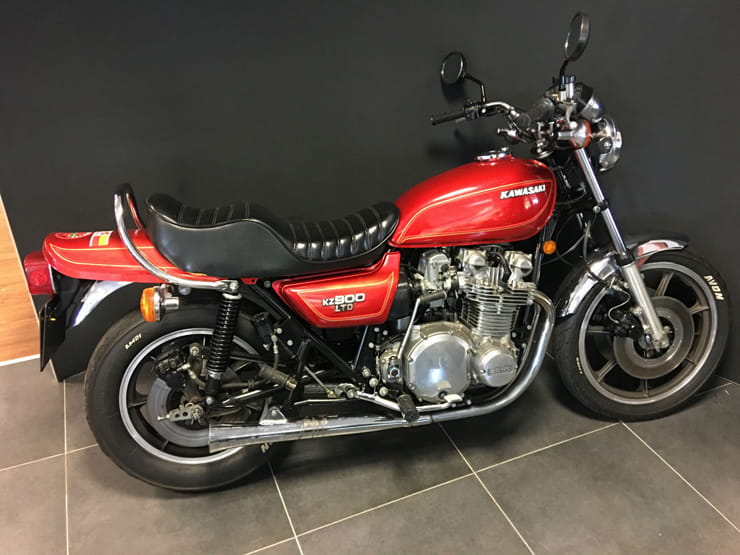 The USA market loved a cruiser machine, the Z900 was a perfect basis for a more relaxed chassis. Chuck in a restyled fuel tank, a comfy saddle and a smaller back wheel and you end up with this, the Z900 LTD.

For many it’s not a real Zed, you can see where they’re coming from, but the biggest issue is its not a bike that came direct to the UK in the 70s, it lacks that nostalgic lure of other Zed models that we might have lusted over down at our local Kawasaki shop.

Prices back this up, this very tidy example is up for £7,250. Will Kawasaki add an LTD Z900 to their range in time, doubtful…

Anorak Fact: If you like the cruiser concept Kawasaki can help, the built several other LTD models including a 450, 550 and 1100 versions.