“Kawasaki dealers up and down the country stayed open late on Friday for their 2018 Launch Evening event.” Said Scott. “It got us in the mood for some good old Kawasaki love. Armed with our virtual £2,000 we’ve found three lime green beauties that are for sale right now.” 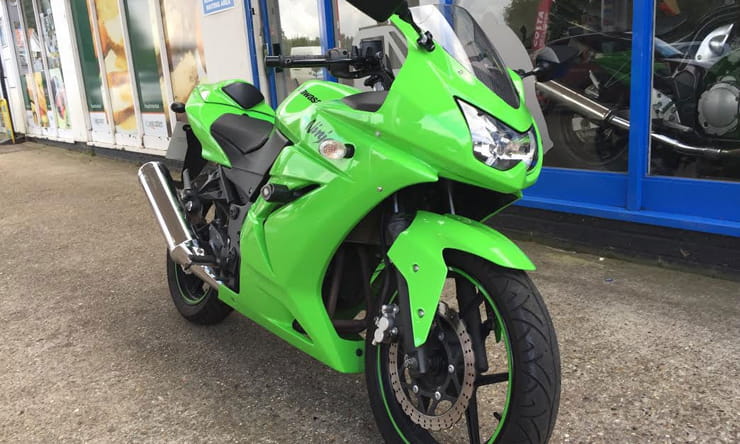 Despite its lack of cc the Ninja 250R offers a genuine big bike feel, which means it’s a great stepping stone from a 125cc machine. Sadly the engine just about pumps out 33bhp, which means on the road you might get overtaken by tuned up 125s!

Back in 2008 when the Ninja 250R arrived it was in a class of its own but it didn’t take too long until Honda aced it with their CBR250. On the used bike market the baby Ninja still holds it value well. This one I’ve found is now ten years old, although it’s only clocked up a punitive 5,800 miles. The styling still looks fairly modern, but the technology is starting to show its age, yes that is a speedo cable powering the analogue clock. This bike looks to be in tip top condition, and other than a colour coded seat hump and some R&G crash bobbins it’s all stock - just how I like ‘em!

Anorak Fact: The Ninja 250R was built in Taiwan and not Japan. 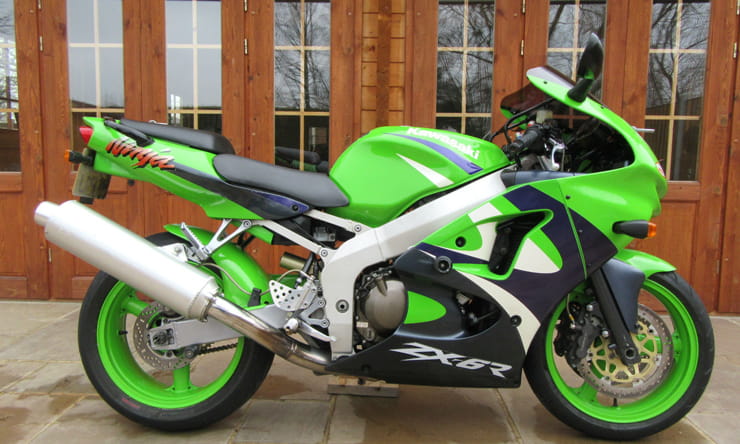 Kawasaki has been churning out a sporty 600s since 1985, over the years each model got a bit more power and was fitted with the latest components to keep them in the hunt within the 600cc pack. Eventually they’d had enough and opted to stretch their 600cc entry out to a 636cc. If you’ve owned or ridden a ZX6R G model you will know just how good they are, it’s the last of the 600s that still felt like a big bike. They sold by the boat load during the late 90s and the decent build quality means there’s plenty to pick from almost 20-years later. Even better they rarely break the £2,000 barrier.

This mean-green G model is how you’d like to find one.

The seller goes into lots of detail explaining the work that’s been done to this 19-year-old Kawasaki. It’s an extensive and expensive list, that includes everything from ultrasonically cleaned carbs, to rebuilt six-pot front calipers. It’s also finished in the best colour! There were a few duff colour options over the years, the Kawasaki trademark green colours are the most desirable and command a premium over some of the less appealing ones. Priced at £1,995 it’s not the cheapest ZX6R on the market, but it is probably one of the best.

Anorak Fact: Kawasaki added a twin headlamp fairing and few more dodgy paint schemes to the G and renamed it the J model. 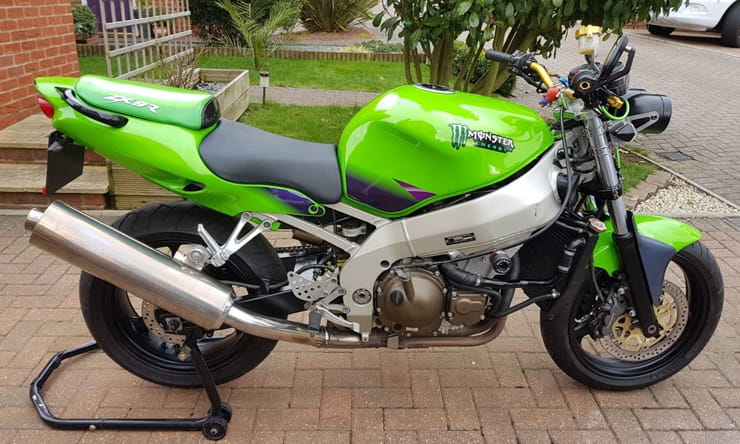 Not all fully faired sports bikes survive intact, for a variety of reasons many loose their fairings (along with their looks) and become a street-fighter. At first glance you might think that this 1999 ZX9R might have had a chequered past that lead to it ending up looking as it does. A quick read of the advert reveals that the current owner carried out the conversion years ago. He’s owned the lime green Kawasaki since 2003, and along the way he decided to create a ‘Street Ninja’.

This involved him dumping the original fairing, light and half of the ram air system…

He points out the bike hadn’t been dropped or damage before he started work on the creation, though he doesn’t mention if the parts that he took off are still available should the next owner want to return it to a standard ZX9R C.

For the last 15-years it’s provided hassle free enjoyment, it’s also been well looked after too. The ZX9R C model was a massive step forward over the previous ZX9R B model, sadly the Yamaha R1 was the top dog and Kawasaki realised their next big sports bike would need to be a full on litre.