“If you fancy owning a motorcycle that’s built for comfort and speed you’ll be needing a Sports Tourer.” Said Scott. “We’ve taken our virtual £2,000 and gone hunting for a Jack of all trades.” 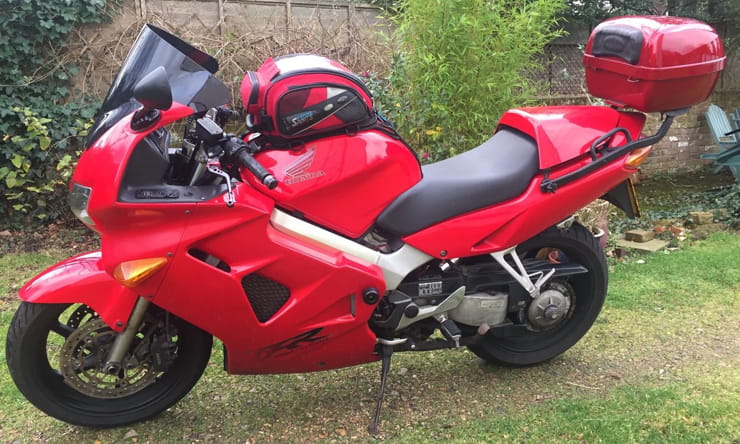 It might be an obvious starting point but that’s because it’s one of the best bikes Honda ever built. The VFR800 is still a very capable motorcycle and it’s hard to believe that this model was a child of the last millennium. The heart of the bike is that V4 engine but that’s only half of this bike’s charm. The term ‘Sports Tourer’ was dreamt up by the manufacturers to keep us interested in bikes that might not otherwise light our fire. The original VFR750 was meant to be a full on sports bike, looking back it was always a sports tourer, we just hadn’t realised it at the time. The VFR800 arrived in the mid 90s and took over the baton from the superb 750cc model. Here’s the twist, those older Pro Arm VFR750 models now fetch more money the VFR800 that replaced them!

People often moan that there’s no bargains anymore within the subprime sector of motorcycling, if that’s the case how do you explain an asking price of £1,350 for this 19,144 mile VFR800?

It gets even better; there’s a few extras included in the sale. These include useful items like a top box, tank bag and even a USB port! There’s no mention of a new battery, that’s a good sign. The only fly in the VFR’s ointment is its appetite for regulator rectifier units. Always check that the charging system is working whilst you’re still holding your folding. 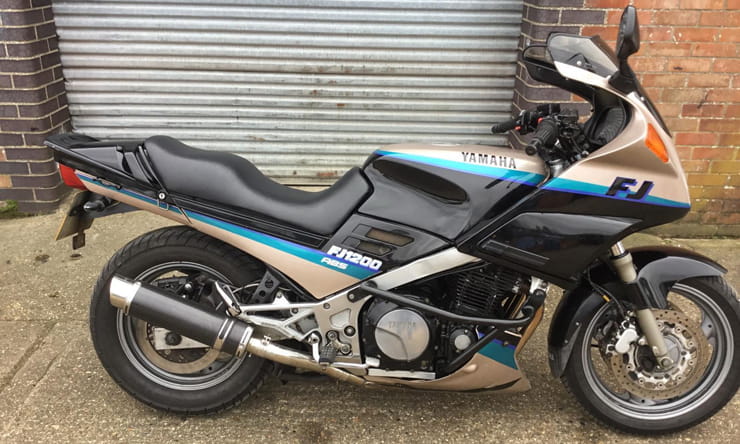 For years the big and beefy Yamaha FJ1200 was a staple part of the Yamaha range, they sold stacks of these big air cooled sports tourers which means there’s plenty out there on the used bike market.

The FJ1200 grew from the FJ1100, they are visually similar but you’d struggle to find too many parts that interchange between the two. The trouble with big bikes is they are heavy on consumables, everything from tyres to chassis bearings will wear out that bit quicker than a smaller, lighter counterpart. The FJ is well up to clocking up over 100,000 miles, but if it hasn’t been maintained properly it could be storing up trouble for later. With plenty of these air cooled machines on the market you don’t have to rush and buy the first one you see.

Having had a good look around this example it looks like it is one of the better bikes that’s currently for sale. It’s a 1992 model that’s covered 53,000 miles. It’s fitted with a full stainless steel exhaust, and it’s even got the optional ABS fitted. Asking price is £1,699 and it will come with a full MOT. 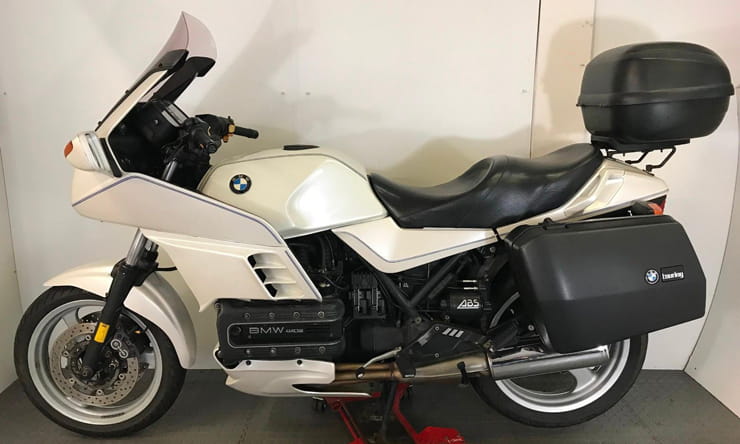 For some a BMW is the ultimate riding machine, for others it’s largely misunderstood bike. To the generation of motorcyclists who grew up waiting for the latest race-rep to roll out the factory, a heavy, weird looking tourer didn’t make sense.

A majority of sports tourers from the 90s were thinly veiled out of date sports bikes that have been rebranded - that’s not a criticism you could level at the BMW K100RS. It’s a tourer, through and through.

If you can live with the looks and clumsy switchgear the K100RS could well be the bike for you.

The flat four-cylinder engine is bulletproof and the best bit is it’s coupled up to a shaft drive, which means you won’t be forking out for chain and sprocket kits after every trip around the world. This bike that we’ve singled out is fittedx with a full set of luggage, always a sensible addition to any motorcycle that’s going to be put to work touring.

Anorak Fact: There were several other versions of the K100, these included an un faired version and a fully dressed tourer.