Today's Good, Bad and Ugly takes a look at bikes that feature a shaft drive.

"The shaft drive motorcycle isn’t for everyone," said Scott. "Some people love them while others loathe them but there’s no denying that the shaft drive offers you a smoother ride and no need to splash out on a chain, sprockets or chain lube!" 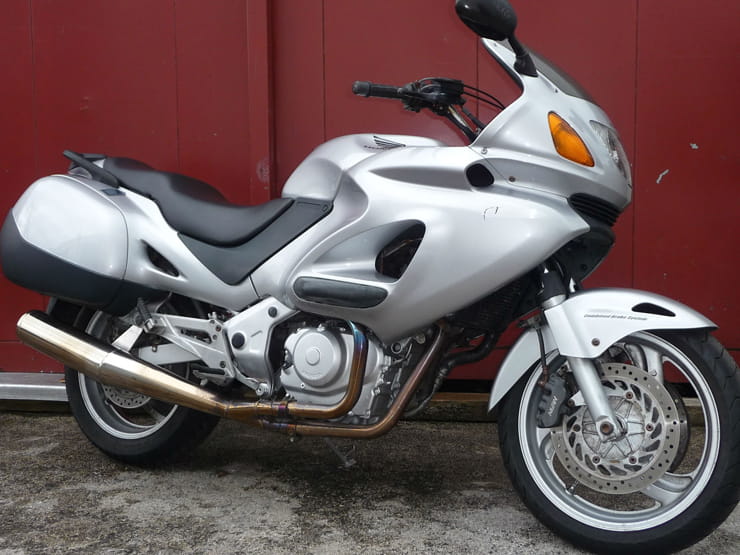 Recently manufacturers have been showering us with no end of new 650 models, bikes like Ninja 650 appeal to those who want a race replica, the Suzuki DL650 V-Strom and Versys 650 are vying for the adventure bike buck but if you want a scaled down tourer you’ve not got too many options.
It’s a good job that Honda built their Deauville to last, there’s plenty of these 650 V-twin mile-munchers out there still; but their owners tend not to part with them too often which makes finding one tricky.
The Deauville is a brilliant bike but it doesn’t dazzle you. It also doesn’t do any one thing to amaze you, instead it just works as a scaled down tourer. Honda first cottoned on to this format with their Gold Wing and Silver Wing models. Not everyone wanted a massive GL1000 or GL1100, so Honda took a CX500 and added boxes, an even comfier seat and a large fairing, it reflected what their customers were already doing Stateside.
Under the skin of the Deauville beats a V-twin 650cc engine that can trace its family back to the Honda VT500E from the late 80s. That engine was pulled from pillar to post and even propelled the chain driven Trans Alp models.
For the Deauville, Honda retained the shaft drive; this no doubt appealed to customers across the globe and helped to cement its success.
The bike is well equipped to cope with long distances and touring trips, a very effective fairing and built in panniers that have a 54-litre capacity are extremely sensible.
This bike we’ve found is blessed with a full stainless Motad exhaust, along with tired suspension - it’s about the only weak spot.
Prices aren’t too crazy, this bike comes from a dealer and carries an asking price of £1,695.

Anorak Fact: The Honda Revere 600 and 650 used the Deauville’s V-twin engine, a firm favourite with couriers who still remember them fondly. 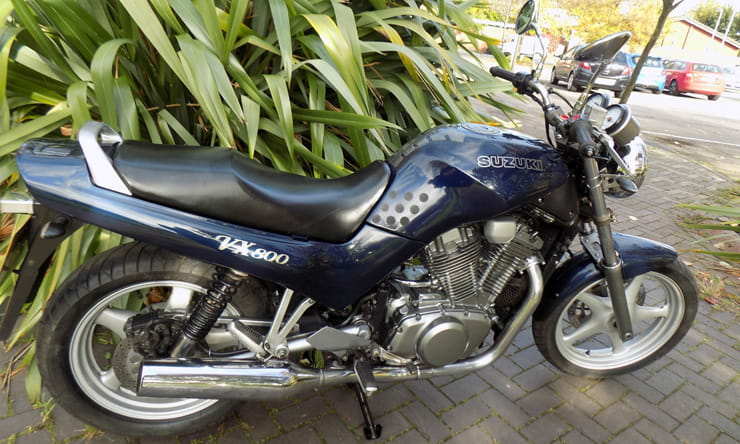 Every so often along comes a bike that doesn’t fit into a pigeon hole and more often than not they sink without a trace. At 238kg the Suzuki VX800 sunk faster than others. Production begun in 1990, and all of these years later it’s still not too clear what Suzuki were thinking?
The big V-twin engine was lifted from their Intruder custom model and after having 3mm machined from its bore it became an 800.
The engine is actually pretty good, plenty of torque and it even looks pretty hunky.
The design of the bike was the biggest talking point, who was it aimed at?
The styling was all wrong, and the model bombed out. There’s still plenty for sale, but it’s not a model that you ever wake up thinking, ‘I really need a Suzuki VX800 in my life’.
They appeal to buyers who want a big bike on a smallish budget, and the shaft drive is an added bonus for those doing it on the cheap.
Those who own them grow to love them, their only gripes bring finding used parts and that the single front disc isn’t overly effective. 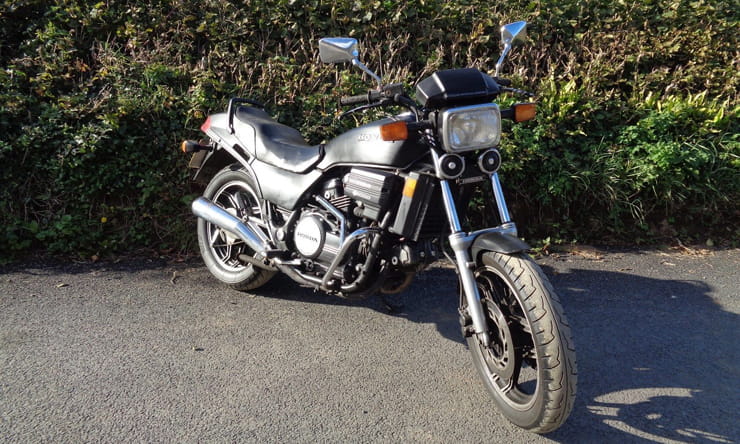 Honda had high hopes when they tooled up to create a new generation of machines with a V4 engine. The first model out of the traps was the VF750SC, closely followed by the VF750F which was the sportier number. From day one there was trouble at’ mill; the press went to town with it, and the V4 motor earned itself an unwanted reputation. The issue was a combination of poor oil feeds to the cams, and some iffy machining on cam carriers, not just a bad combination, also a costly one.
Various recalls were made but the damage was done.
All of this aside the VF750SC wasn’t an impressive bike. It lacked any real character and just as the world was about to go race replica crazy, who wanted a shaft drive bike that had cruiser inspired styling? I know who’d love a bike like that, the Americans.
Honda had to make them in a 700cc format to keep the US government happy, and over the years Honda produced the US badged Sabre and Magna models. Here in the UK we just waited for the 1986 VFR750FG to arrive. Any VF still running should have had the recalls done.
It’s a big old bike and briefly saw favour with trike builders, but even they’ve tossed them aside now.
This one is a mix of good and bad, but I'm not too sure if the rat bike styling, matt black paint and general sorry look, make up for the fact that it's got a fresh MOT.
At £850 it's not going to break the bank but it won't break any hearts either.