Pick of the Ads: Mini Bikes

This Friday’s Good, Bad and Ugly looks at mini bikes.

“This week here at Bike Social we’ve enjoyed the delights of the new BMW G310GS. Continuing on with the ‘does size matter’ theme, here’s the Good, Bad and Ugly of three fun-sized motorcycles that are on sale right now.” 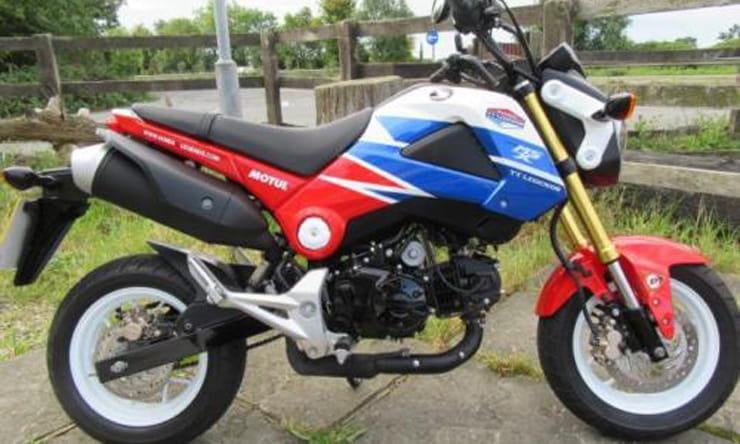 Good things come in small packages and the Honda MSX125 is mechanical proof of this old saying. Honda know a thing or two about creating little bikes with large appeal; their Monkey Bike dna lives on with this half-pint-sized motorcycle.

Originally launched in 2014 the MSX125 was an immediate hit. It’s a classless machine, everyone from spotty teens on L plates to seasoned motorcyclists are drawn to the charms of the MSX125.

Not too many remain standard, there’s no shortage of bolt on parts available, these range from performance parts right through to bespoke swinging arms and sporty suspension. If you’re looking for a MSX125 there’s plenty to choose from on the used bike market.

This 2016 model is sporting a non standard paint job, with only 877 miles on its tiny bore my guess is this was resprayed from new. Those HRC inspired stripes really suit the funky monkey. Prices for MSX125s remain strong, cheap bikes often carry a lower asking price for a reason.

At £2,495 this isn’t the cheapest around, but it comes with the piece of mind that buying from a dealer gives you.

Anorak Fact: The MSX125 is also know by the nickname Grom, this stems from surfing slang in the USA. 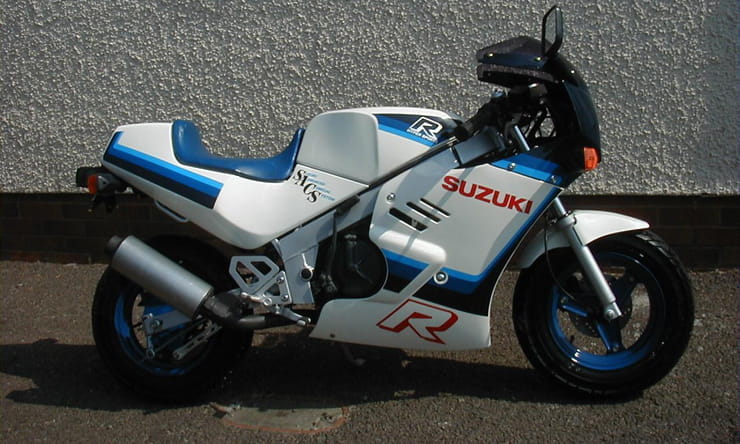 The 1980s saw the birth of a new craze for tiny motorcycles. It was initially big in Japan, but eventually rolled its way out further afield. Thirty years later these mini motorcycles now fetch large money. Unlike the Yamaha YSR range, and the Honda NSR50/80 models Suzuki opted for a four stroke engine to propel their Gag bike. The proper model designation is the Suzuki RB50, although many call it the GSX-R50.

Looks wise it’s up there with the Yamaha and Honda mini race reps, but pull back the throttle and you’ll be smelling the spent two stroke mix from the competition.

Anorak Fact: Suzuki came up with some crazy paint jobs, these included one based on a fighter jet, and another finished in pink. 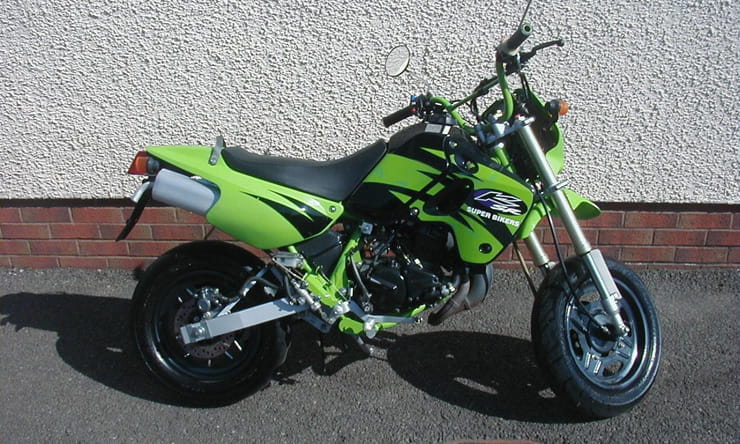 The Kawasaki KSR80 is probably a machine that you’ve never seen, let alone heard about. It’s a shame really because on paper it looks tempting.

For starters the engine is an 80cc water-cooled unit, so it’s going to have some poke to play with. The chassis also points to it being more than a bit useful. There’s 12 inch wheels at each end and both come equipped with disc brakes, pretty useful for a little bike that’ll whizz to 70mph with no bother. Like the original Gag bikes the KSR80 was designed for motorcycle markets that didn’t include us in the UK, but over the years grey importers have been shipping them back for us to enjoy.

Anorak Fact: Kawasaki revisited the KSR formula and built the KSR110, unlike the 80cc version the 110cc bike uses a four stroke engine.

If you have a bike for sale and feel it fits one of these three categories then feel free to drop us an email at enquiries@bikesocial.co.uk and we’ll make sure Scottie takes a look.