“There’s plenty of 750cc used motorcycles on the market, this week for Two Grand Tuesday we take a look at three Honda 750s.” 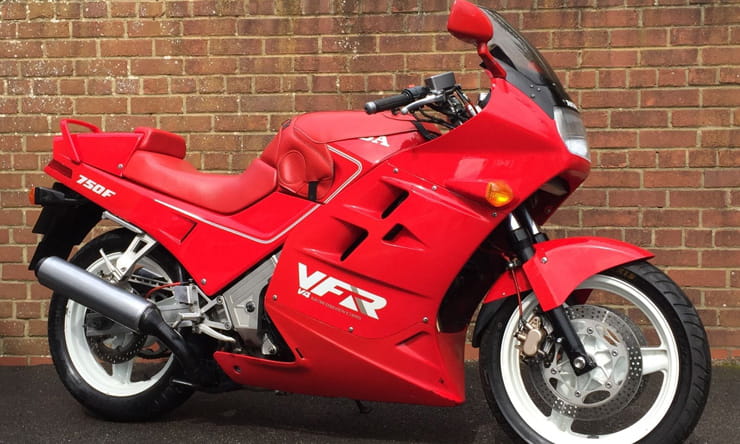 There’s no better 750 on the market if you’ve got a £2,000 budget. Despite their age they are still a very capable machine, also they sold by the boat load, so there’s no shortage of decent used bikes on the market.

The engine is the jewel in the crown. The V-four power plant is one of the finest engines Honda ever created. The engine is also extremely reliable, which is why it’s not too uncommon to see VFRs with monster mileages recorded. The gear driven cams mean that there are no cam chain issue to worry about. The build quality is top notch and this is another reason why so many VFR750s live on, two decades after they were born.

This VFR750FJ looks to be a little gem. The mileage is low at only 21,000 miles and it’s still wearing its original bright red paint; It still looks dead smart. From a practical point of view, the VFR750 will cope with whatever you chuck its way. It’s got a top speed that’s twice the national speed limit and a saddle that aids long trips. With 12 months MOT and recently replaced exhaust pipe headers, there’s plenty of miles left in this classy 750.

Anorak Fact: The original VFR750FG had a sixteen-inch front wheel. 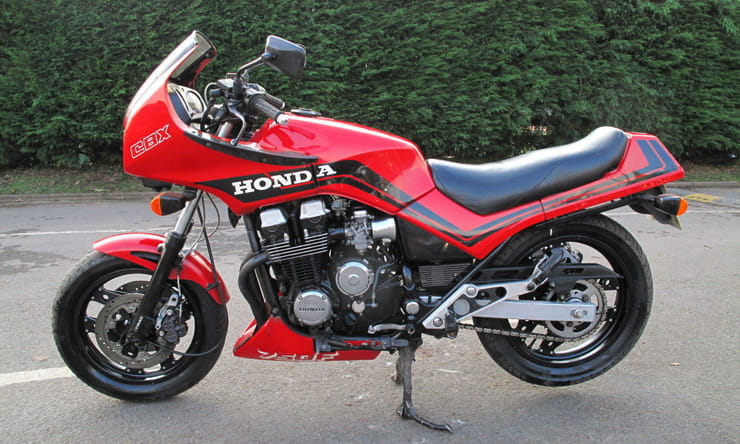 The mid-eighties saw an abundance of motorcycle technology reach your local motorcycle dealer.  There was everything from four cylinder two-strokes to four-strokes with five valves per cylinder. This was the start of the future for many engine designers. But it was also a time where you could still buy more bread and butter style technology.

The Honda CBX750F was probably the pinnacle of the air cooled four cylinder Honda 750, but it was a few years too late to be a contender in the hotly contested 750 class. Looks wise it was pretty bold; square headlamps are still a rarity within motorcycle design! The CBX750F would have the last laugh though, mostly down to the VF750F having an engine that quickly ate itself. Fast forward and the CBX750F is still a model that lives in the shadows, which means there’s always potential for a bargain. 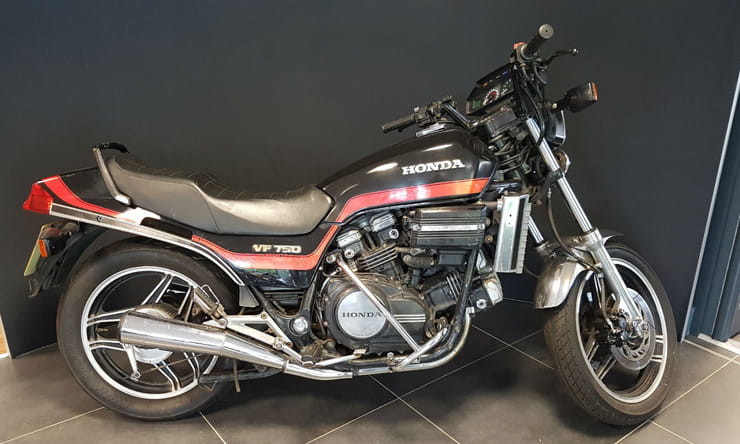 The first model out of the traps was this, the VF750SC. The V-four engine dominates the design like a cake in the bakers’ window. The rest of the bike was a mix of old and new technology; the most obvious talking point was the shaft drive. A shaft adds convenience but also pushes up the weight. The VF750SC never sold well, its looks being the biggest issue. It’s a bike that’s largely forgotten and it’s easy to see why.

Anorak Fact: The VF750SC is a popular model with trike builders, the obvious reason being the shaft drive.