Today's ‘Two Grand Tuesday’, our weekly pick of the classified ads, looks at three takes on the café racer style of bike.

“Suzuki have given their trusty SV650 the café racer treatment for 2018,” said Scott, “and Kawasaki dealers are eagerly awaiting the new Z900 Café edition. If neither fit your budget, here’s a look at three café racer contenders, all available for £2,000 or less. 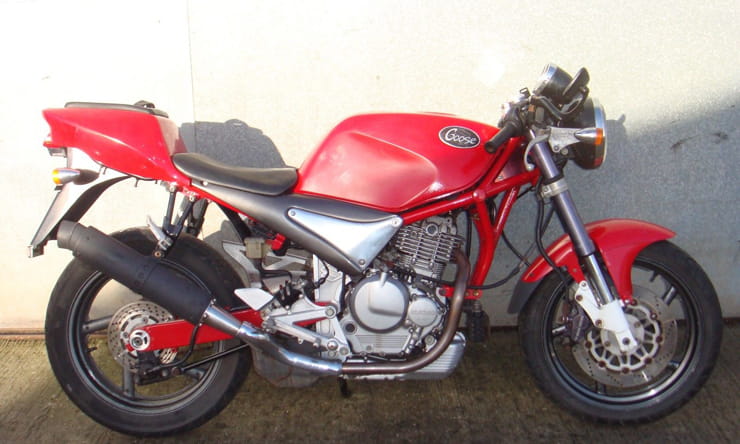 Freshly imported from Japan, this 1996 Suzuki Goose looks like good starting point for a café racer build, or maybe a contender for less radical changes. This 22-year-old bike looks pretty good considering it was built before the current craze for café racer looking bikes had gathered any momentum.

Suzuki have been quiet this year with new models for 2018, their SV650 is a likeable bike and it makes perfect sense for them to tart it up with some café society chic. This old Goose is a real Suzuki parts bin special but visually it works. The engine is from the mud plugging DR350, a sensible single cylinder four stroke that looks well at home inside the red tubes of the frame. The forks look very similar to RGV250M items and there’s plenty more neat touches too; that red frame is very Harris Magnum in its design and the eccentric adjuster on the box section swinging arm is pretty cool.

This particular bike needs a few jobs doing before it can taken for an MOT. There’s nothing too painful to do, a new rear tyre and a rebuild kit for the front brake caliper are the obvious hurdles that need jumping first. With only 15,000 miles on its bore they’ll be plenty of miles left in this Goose before it’s plucked.

Anorak Fact: There is also a 250cc version of the Goose, it’s not so popular. 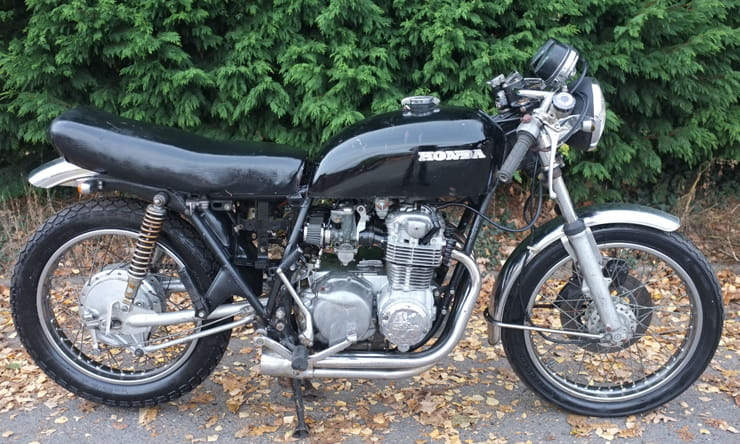 The Honda SOHC four-cylinder engine is a popular starting point for many café racer builds. The 750cc version is the daddy, but they carry a price on their single cam rocker covers.

It’s OK though, there’s plenty of other engines to pick from. The 400/4 is probably the next sought after motor, this still leaves us with a few options of less popular routes to follow. The Honda CB650 is one and the CB550/4 is the other way to get your SOHC Honda fix. From a café racer point of view, it’s easy to see why these bikes are a good starting point. The engine is dead simple, fairly robust and looks good. This is a freshly imported CB550K, it looks like it’s mostly complete, even though you will probably do away with most of the bikes original parts it’s easier in the long run to start with a complete bike to customise. Our seller hasn’t started the bike, and he’s got no plans to do so! It’s a gamble buying any motorcycle that you can’t hear run, even more so when it’s over 40 years old! Tempting it may be to take a punt, but if there’s problems with the engine you’re going to be on the back foot before you’ve even ordered a brown seat cover kit and some exhaust bandage! 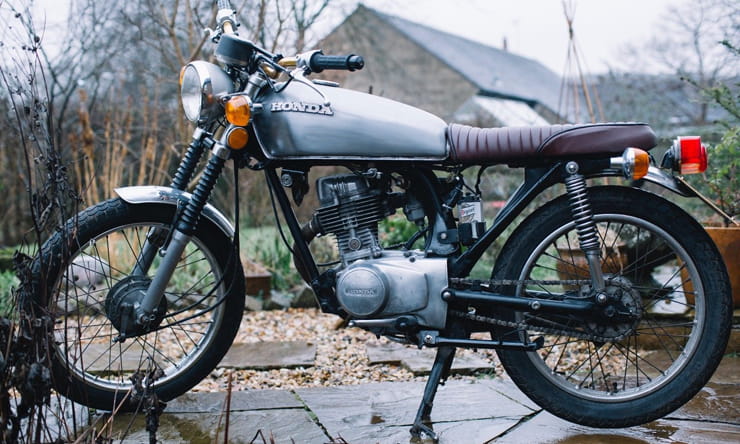 What was it that got you interested in becoming a motorcyclist? Did you see a cool bike that fired your passion? Was it to be part of a scene? Or something practical like having cheap transport? This Honda CG125 can tick one of those boxes.

Motorcyclists on restricted licences can also enjoy the café racer scene, there’s quite a few tasty looking lower capacity machines out there on the new and used bike market; this sadly isn’t one of them. The Honda CG125 is one of the biggest selling small bikes ever built, not even Honda created a café racer version. This example looks clean enough, but do those styling changes really suit the humble Honda 125? On the plus side it’s got a long MOT; if the styling didn’t catch my eye, then the price certainly did.