“Honda have launched a new series of CB badged models for 2018,” said Scott. “They are the latest in a dynasty that goes back almost 50 years. To celebrate this, here’s a trio from an endless list of possible candidates. The Honda CB1300S, CB750K0 and the CB100N.” 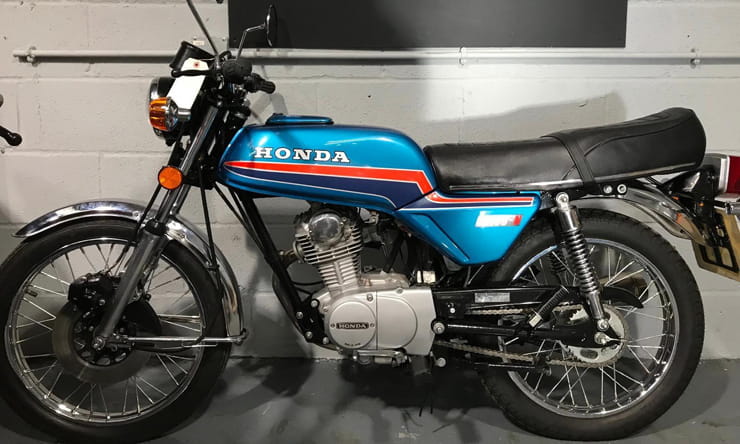 There was a time when a motorcycle was the cheapest form of transport you could own, this CB100N was born in those days. Those looking to do things on a budget have to factor in many things, it’s not just about the recommended retail price, or how cheap you can haggle a price down at the kerbside, there’s other things to take into consideration. These include insurance, road tax and running costs. The rich kids wouldn’t look twice at the humble Honda CB100N, they were the other end of the learner spectrum, spoiling there two stroke 125s with premium brand oils and NGK spark plugs. The biggest attraction of the CB100N wasn’t its looks, it was the fact you could save a few quid on your insurance because it was a 100cc, the savings kept on coming, cheaper road tax than bigger machines meant some owners would hang on to their CB100N and use it like a back up bike. The mpg was also very good, not only in isolation, but when compared to a two stroke of similar capacity. There aren’t too many of these single cylinder four stroke 100s left now, but they hold fond memories for those who got their first taste of freedom on them. This 1981 model is in tip top condition, it’s even got the original metal plug cap fitted. Scrolling through the thumbnail pictures makes me smile out loud, it’s a proper time warp find. Pricing older bikes is tricky, it’s only really worth what someone is willing to pay, the asking price of £1,595 might be a touch optimistic, with not too many to choose from this seller might just achieve the ticket price, or thereabouts. 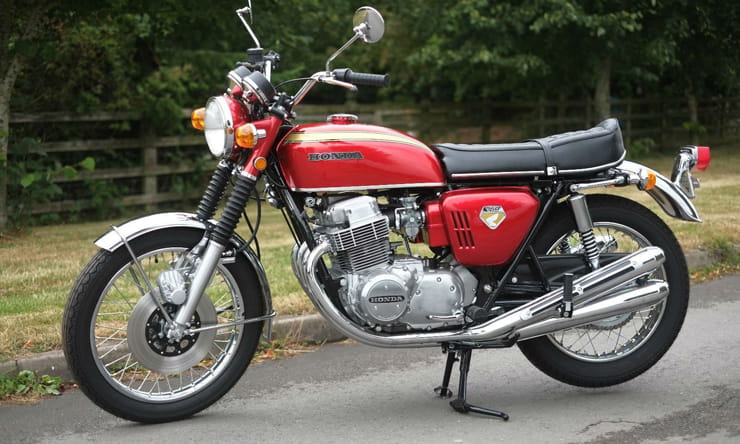 For many the Honda CB750K0 is the original superbike, to others the Kawasaki Z1 that arrived a few years later is the wearer of that crown.

It’s a debate that’s been going on for over four decades. The CB750 might only have one camshaft, but it had four cylinders, electric start and electrics that didn’t let you down. The K0 models are the holy grail of the CB750 breed, easily identified by the rough looking castings on engine parts. This was the result of engine cases and crankcases being sand cast. There’s a whole host of other unique features that the K0 employed, but lucky for you I’ve just popped my Honda anorak in the washing machine. The K series CB750 ran well into the late 1970s, each year Honda tinkered with the model. The earlier the model, the dearer they are, it’s an easy formula to follow. This stunning K0 is the finest example on the market, it’s price reflects this. At a quid short of £30k it’s a big, that’s for sure. The bike was fully restored 7-years ago, the best bit is it was lavished in oodles of new old stock parts, the result does look rather stonking.

Anorak Fact: One of the hand built pre production prototype models recently sold for just over £150,000 at auction. 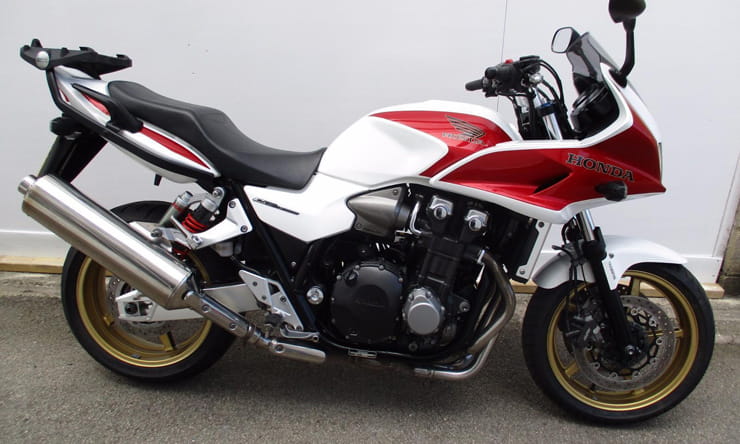 It’s one of the best looking modern retro machines on the market, even better it rides a treat too. The CB1300 carried things on where the original CB1000 left off, thankfully the ‘Project Big One’ tag was left behind.

In a world of ever shrinking motorcycles and ever increasing waistlines the CB1300 is an obvious target for those of us who have spent the last six months working on our winter bodies. The CB1300 came in two guises, a true naked with only a set of funky clocks and a round headlight upfront, and the more popular half faired version that’s styled on the mighty CB1100RB.

The heart of this beast can trace its family tree back to the CBR1000F. These thirteens hold their value really well, no doubt helped by the quality finish and its handsome looks. This bike is a one owner from new, 2013 model with a Givi box and rack the only bolt on parts. As a bonus, this bike was fully service just over a 1,000 miles ago.

Anorak Fact: Check that the rear twin shocks aren’t leaking, they’re the only fly in the CB1300 ointment.