Pick of the Ads: Water-cooled Ducatis

This Friday’s Good, Bad and Ugly looks at V-twin Ducatis.

“This week BikeSocial have been getting to grips with the gorgeous Ducati Panigale 1299R Final Edition,” says Scott. “So with 30 year’s worth of water cooled Ducati superbikes to choose from, we’ve taken a look back at three models that Ducati made earlier.” 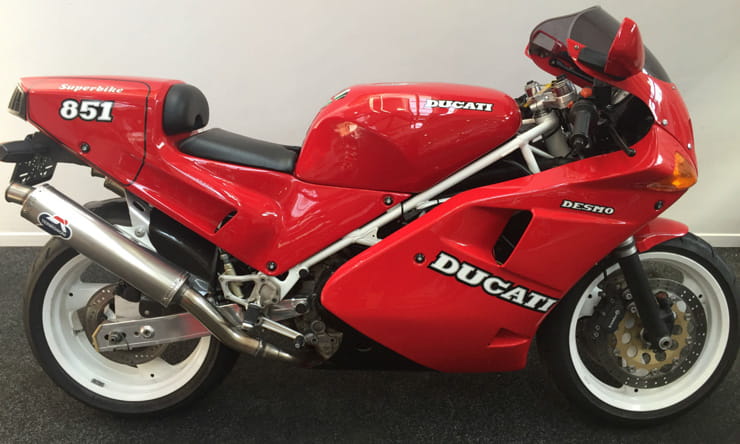 In 1987 Ducati unveiled the original 851, exactly thirty years later they’ve produced the Panigale 1299R Final Edition. The swansong model is bursting with everything that the Bologna factory knows about building a water-cooled V-twin sportsbike. Without the 851 it’s doubtful that we’d be able to drool over the last roll of their V-twin dice. The 851 was a bike that signalled a new direction for the Ducati brand. There were many who struggled with the break from air-cooled tradition; they saw it to be the end of the era, instead of the dawn of a new age.

It’s a bit like that now, those who enjoy whopping Ducati V-twins might have reservations about the new models that will replace the V-twin dynasty.

The 851 wasn’t an immediate hit. The first model arrived with trendy sixteen inch wheels, these gave way to more conventional seventeen inch items at both ends. The 851 was a superb mix of agile handling coupled to useable power. It quickly won races and in turn, the hearts of those who doubted Ducati.

This model is a later version, it’s covered 26,631 miles and looks gorgeous. It’s only recently that prices for these iconic models have started to increase. There’s also no shortage of collectable models to choose from that carry the Ducati name on the tank. But of all of those special editions, tribute machines and race bikes, it’s the 851 that’s the Daddy of the bunch. 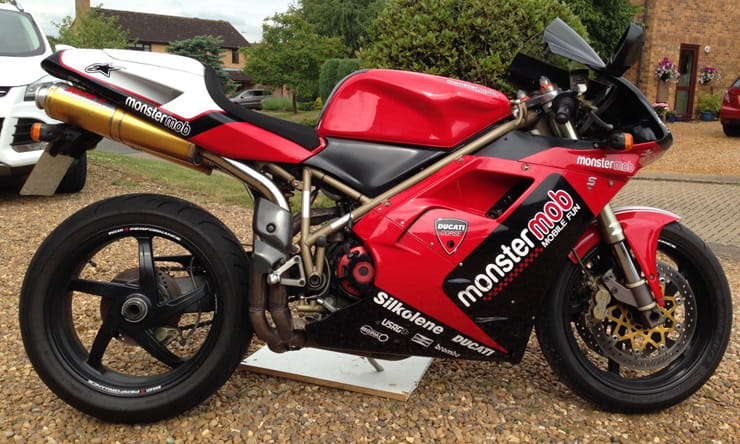 Many Ducati models end up pride of place in private collections. Some owners end up with several machines that they can’t bare to be parted from. Then there are the owners that buy a Ducati and use them in anger, this can be either on the road or track. All this action can take its toll on a bike and some can end up looking extremely tired. A popular way to cheer up an ageing bike is to repaint it, although often the end result can lack the original factory finish.

The 916 and 748 are a design classic; there is nothing better than one of these resplendent in its blood red paint. Race replica paint jobs, are an acquired taste, they might be your idea of perfection but when it comes to selling a race replica, your market is seriously limited.

I’ve no idea why this 2001 748 was repainted but for me it lacks the kerb appeal of a standard looking bike. The advert reveals it’s had some love and attention; it’s wearing fancy wheels and comes with the standard items too. At £3,250 it’s a lot of bike for the money, even more so when you take into consideration those posh rims and a belt service resulted in a receipt for £1,500!

Anorak Fact: The 748 is considered by many to be a better road bike than the 916, they’re cheaper to buy too. 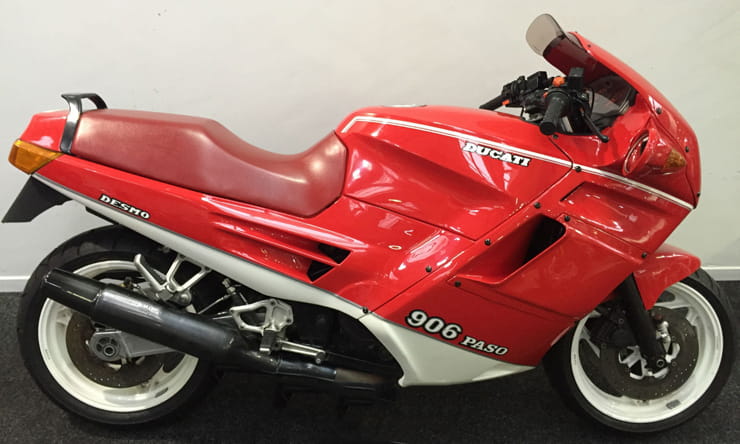 Honda had the CBR600 and 1000, Ford had the Sierra and Ducati gave us the Paso. Those ’80s jelly mould looks are still very much a Marmite talking point all these years later.

The Paso models were a stepping stone from the past to the future for Ducati. The early versions were still air-cooled, it wasn’t until the 906 Paso broke cover that Ducati treated it to a water jacket. The engine was a bit of a mixed bag; it used crank cases from the 851 but the heads were fitted with only two valves as opposed to the 851’s four valves. The 906 Paso had around 88bhp and never really carved itself a niche in the market. If you fancy a Paso then the 906 is the one to go for. There aren’t too many bikes out there, so if you do find one chances are you’ll buy it. This example looks to be a little gem, but the price tag is very much in 916 territory.

Anorak Fact: Most bikes that are on the used market have been imported to UK by specialist dealers.

If you have a bike for sale and feel it fits one of these three categories then feel free to drop us an email at enquiries@bikesocial.co.uk and we’ll make sure Scottie takes a look.