“With Motorcycle Live 2017 in full flow,” Said Scott. “BikeSocial have taken a look at three low mileage bikes from yesteryear, just in case the latest offering of bikes isn’t speaking your language.” 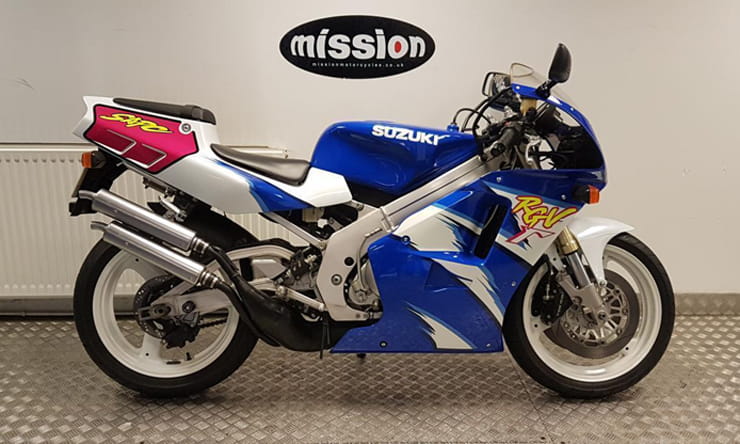 The seller sums up this bike in one line: ‘It’ll transport grown men back to their childhood.’

That is exactly what people of a certain age crave. The 90s saw the pinnacle of two-stroke road-bike development, back then you couldn’t move for tasty ‘strokers’ to drool over. The cream of the crop was the RGV250 but in just less than 10-years it went from birth to death. With each new incarnation there was more race track derived technology to tempt you to part with your cash.

Little did we know back then that we were riding tomorrow’s classic bikes. There can’t be a finer example of a 90s two stroke for sale than this 1995 RGV250 VJ22 - it’s even in the best colour scheme of any Suzuki.

In 22 years it’s amassed just 1,207 miles! The photographs show it to be in showroom condition; the original tool kit is even still under the tiny saddle.

With prices for average examples now nudging at £4,000, if you want to buy yourself your forever RGV, this is surely it.

Anorak Fact: There are three variations of the RGV, these are the VJ21, the VJ22 and the VJ23. 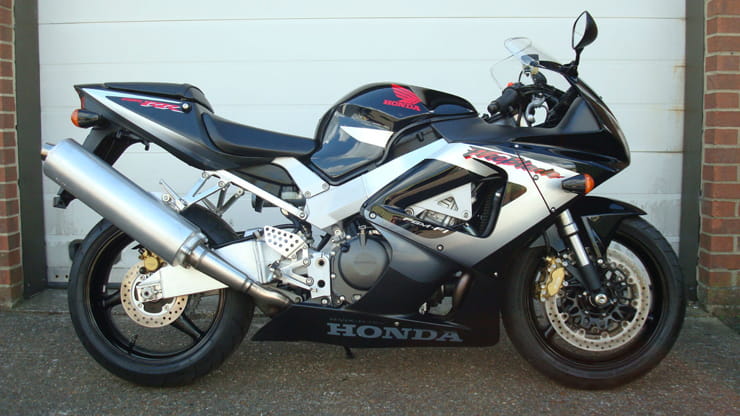 The Honda Fireblade started the 90s riding a crest of a wave, by the end of the decade it was playing catch up with the likes of the Yamaha R1.

The all new Fireblade came with a 929cc engine that was fed via fuel injection, it also got upside-down forks and at last the 16-inch front wheel was replaced by a more conventional 17-inch item. The revised ‘Blade wasn’t sharp enough to duff up the R1; road tests from the day also suggested that the Kawasaki ZX9R could take the Blade on and not be disgraced. Away from all of the brovardo this Fireblade did score well with those people who ride their bikes on a daily basis, it is a pretty comfy sports bike. This is at odds with the 2017 Fireblade that seems to be getting smaller than the last model, unlike the chaps that buy them!

This RR-Y model is basically a new bike; it’s covered a measly 34 miles from new! I doubt that there’s a finer example out there, let alone one that’s for sale. 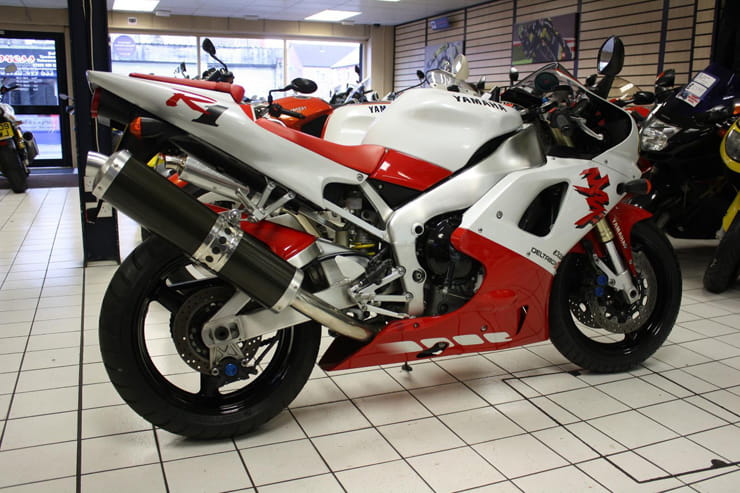 Yamaha have got in early with their 20th anniversary celebrations since the birth of their R1 dynasty. There was even a current model on the Yamaha stand at Motorcycle Live sporting the colours of the original 1998 bike.

It’s no coincidence that they went for the red and white version over the blue option as it is far easier on the eye. Prices for the original 4XV bikes have been rising over the last few years, and buyers will pay a premium for the pearly white and blood-red bikes.

The good news is because they sold like hot cakes there’s still a decent supply of used bikes out there on the market, the bad news is not too many remained stock. There was no shortage of goodies to smother the R1 in, these ranged from useful items like suspension upgrades and fruity sounding exhausts to things like mini indicators and fake carbon tat. If you like your modern classics to be standard looking your search will be a tough one. It’s ok though, we’ve found you the perfect R1.

For the last 10 years it’s been on display in a motorcycle shop, they’ve now decided to offer it for sale. The bike is a total time warp, right down to the original Metzeler tyres! It’s been on SORN since the dawn of this millennium and will obviously need a good going over if you wanted to jump on it and ride it home.

With only 606 miles under its belt in 20 years it would be a tough decision to take this bike and use it on a daily basis. Thankfully with an asking price of £16,750 that’s not a dilemma I’ll have to lose sleep over.