Pick of the Ads: Honda C90s

Today's Good, Bad and Ugly takes a look at the biggest selling bike in history; the Honda C90.

“Honda have been teasing us with a modern Super Cub, finally unveiling the bike at EICMA.” Said Scott.” So, what better time to take a look at the used Honda step-thru market? With over 100 million built this is our pick of the Good, Bad and Ugly Honda C90s currently available, all within our £2,000 budget.” 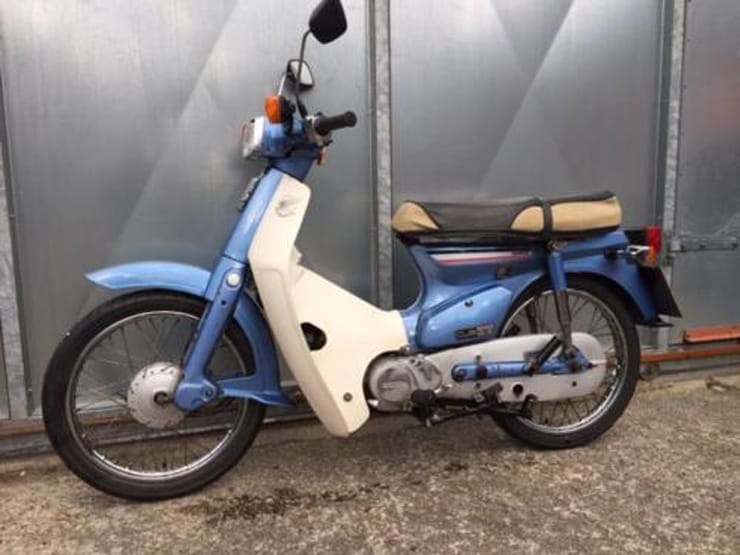 It wasn’t too long ago you could buy a Honda C90 for a few hundred quid. Sadly this is just a memory, for various reasons. The C90 is by far the most popular of all the Honda step-thru models. They were designed to offer a no-thrills mode of cheap and accessible transport to the masses. Somewhere along the way they became a style icon, in the same sort of way that the VW Beetle did.

We’ve either all owned one at some point, or know someone who did, they were a familiar sight in the bike ranks but recently people have been buying a ‘Ninety’ to restore, polish; they have become a bonafide classic. There’s Facebook groups dedicated to the humble C90 and its many siblings, these are a great starting point if you fancy buying one but aren’t overly up to speed on the models. Talking of speed that’s one area that the C90 isn’t going to impress you, the long gearing is in place to deliver maximum mpg, not mph!

This seller isn’t selling just one C90, he’s got a pair up for grabs. It’s his 1990 model with only 3,000 recorded miles caught my eye. There’s no details if there’s any service history etc. so that low mileage might need some probing to check it’s correct. It’s advertised for £1,195, which is actually a fairly decent price if you’re serious about buying one. 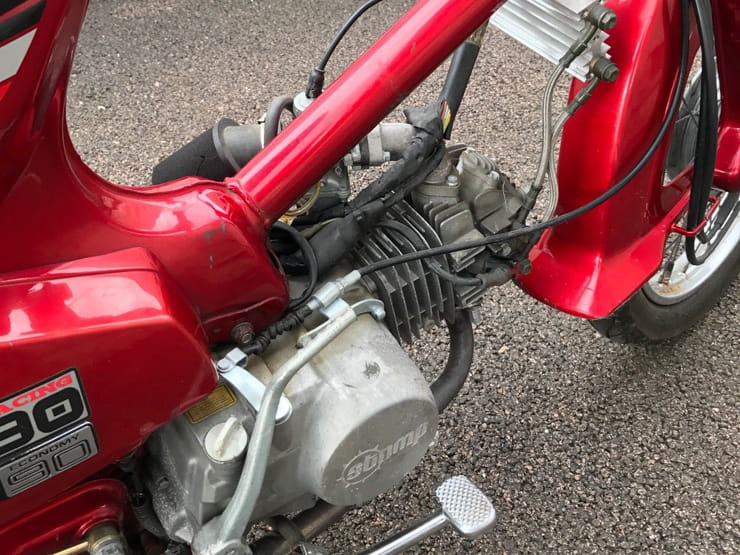 Many of those 100,000,000 Honda step-thru bikes are no longer with us, many were used and abused and sent for landfill once their work was done. Recently there’s a new craze that’s been reducing numbers of those C90, C70 and C50 that remain. The custom Cub is a really active scene, many bikes get totally rebuilt with all manner of tasty upgrades, this bike gives you an idea of what people are getting up to in their sheds.

The original engine is long gone, instead there’s a 125cc pit bike engine fitted. It doesn’t stop there, further tinkering includes a race cam, sports exhausts and even some funky shock absorbers! Chuck in some flip up pegs and a quick action throttle and you’ve got a genuine street sleeper. Unlike many other specials, the seller claims this project is finished and even boasts a current MOT.

Anorak Fact: There’s plenty more products on the market if you want to pimp your Cub, these include flat slide carbs, oil coolers and titanium exhausts. 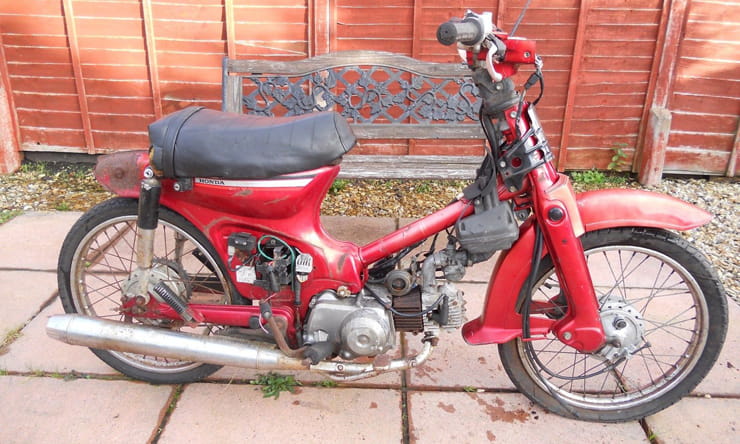 The Cub was for many motorcyclists their first experience of riding a motorcycle, this often involved a bike that may have looked much like this one.

Decades before the pit-x§x§bike craze came along many teenagers would chip in their pocket money and buy themselves a communal Cub. With over 100mpg on offer petrol money wasn’t going to break the piggy bank. Many of these bikes were MOT failures, often due to rusty and rotting frames that meant the MOT tester refused to issue a new certificate. The engine never gave any issues, the overhead valve four stroke took whatever you and your mates could lob at it.

This £300 wonder looks fit for a trip to the tip, there’s not much of it left, what is there looks very tired. Adding to the negatives is that there’s no V5 or key.

Anorak Fact: Pre 1982 Cub models are 6 volt and mechanical timing in the ignition.