You ask, we answer! What tyres do I need for my ER-6f? 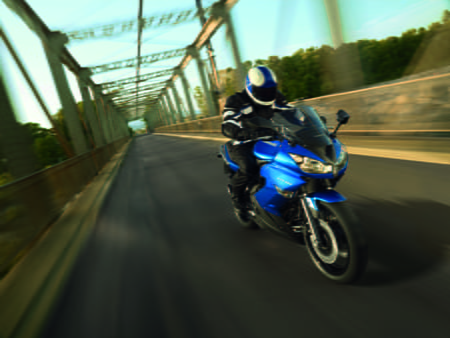 Mike Steele recently contacted our Facebook page with a question about the tyres he should use on his ER-6f. We asked Cambrian Tyres’ and all-round tyre guru Bryn Phillips for his suggestions…

“Hey guys, I have a 2013 ER-6f and need some new rubber. What’s the best out there? I use the bike daily for commuting which is about 40 miles round trip (motorway) and enjoy the weekend ride-outs as well. Any help?"

“For his requirements, Mike needs sports-touring rubber, but these days that’s not as simple as it first appears.

“Because we still live in financially constrained times, many manufacturers (Bridgestone, Continental, Michelin and Pirelli) have three price tiers for their sports-touring tyres. Others (Dunlop and Metzeler) just have two.

“It’s difficult to pick a bad tyre from the current range of latest-generation, first tier and hence most expensive tyres. Bridgestone’s new T30 is picking up great comments from trade and consumers alike, having a sporty feel allied to traditional sports-touring attributes such as good stability, high levels of wet grip and good mileage. And Michelin’s well-established Pilot Road 3 is also a very good tyre. Its wet weather grip levels are well-known but it suffers in the dry compared to the T30, so it’s horses for courses, really. The new Pirelli Gran Turismo is supposed to be very good, but I’ve yet to speak to anyone that’s used them in UK conditions.

“Of the second-tier tyres, which are the tyre manufacturers’ previous generation rubber, the Bridgestone BT-023 is the stand-out tyre. This is because until it was superseded by the T30 earlier this year, it was still considered one of the best tyres on the market, and the fact that its price has been reduced makes it even better value. Michelin’s Pilot Road 2 is very good but the BT-023 is a newer design and was more favoured by consumers.

“The third tier tyres are now two generations’ old and their older technology means they don’t have the better overall performance and durability of the first and second tier products, so they probably won’t do what Mike needs.”